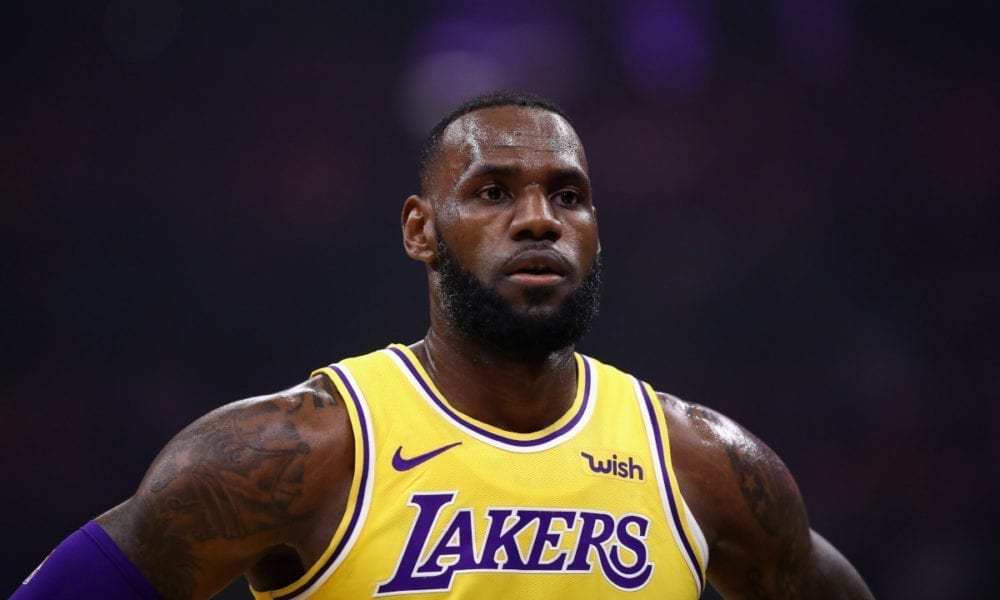 LeBron James will return to Cleveland on Wednesday for the first time since leaving the Cavaliers for the Los Angeles Lakers in the off-season.

James spoke to The Athletic about what he called “the beginning of the end” with the Cavs — the moment Kyrie Irving was traded to the Boston Celtics.

The interview recounts the day that the Cavaliers made the deal.

LeBron was signing jerseys in Santa Monica, and coach Tyronn Lue drove down to get him on the phone with GM Koby Altman:

“James was adamant on the call — do not trade Irving, especially to the Celtics,” writes The Athletic’s Joe Vardon.

“By the end of the call, according to four separate accounts of people present for the conversation, Altman told James the trade would not occur.”

It was only a few minutes later that news broke that the Cavs had agreed to send Irving to Boston for Isaiah Thomas, Jae Crowder, Ante Zizic and Brooklyn’s 2018 first-round pick.

“James, who was still signing jerseys, dropped the pen and slumped in his chair. He didn’t feel like he was lied to by Altman, so much as Altman was overruled by owner Dan Gilbert.”

They might have been able to put their differences aside to win a championship, but we all know that LeBron’s relationship with Gilbert was strained ever since penning his rambling public letter following LeBron’s departure for Miami.

But the decision by Cleveland’s front office makes sense when considering LeBron’s free agency and reluctance to commit long-term to the Cavs.

“Altman asked James whether he would commit to the Cavs long-term if Irving were not traded, and James said no.”

From that point of view, the Cavs didn’t really have a choice. Hold on to Kyrie and hope that LeBron chose to stay in free agency, or start a rebuild and hedge your bets.

Obviously, they chose to kick-start the rebuild and the rest is history. The story also mentions that Kyrie wanted to leave the Cavs so badly that he said he’d get knee surgery just to sit out a large portion of the season.

That’s like pretending you’re sick to get a day off school times 1,000. When asked to respond to the report, Kyrie said:

“I think I’m done commenting on anything in Cleveland or anything that would be disrespectful because I feel like, at this point, where I’m at in my career is where I want to be,” per Abby Chin of NBC Sports.

No matter how it went down, it looks like LeBron and Kyrie getting out of Cleveland was the best move for everyone involved.