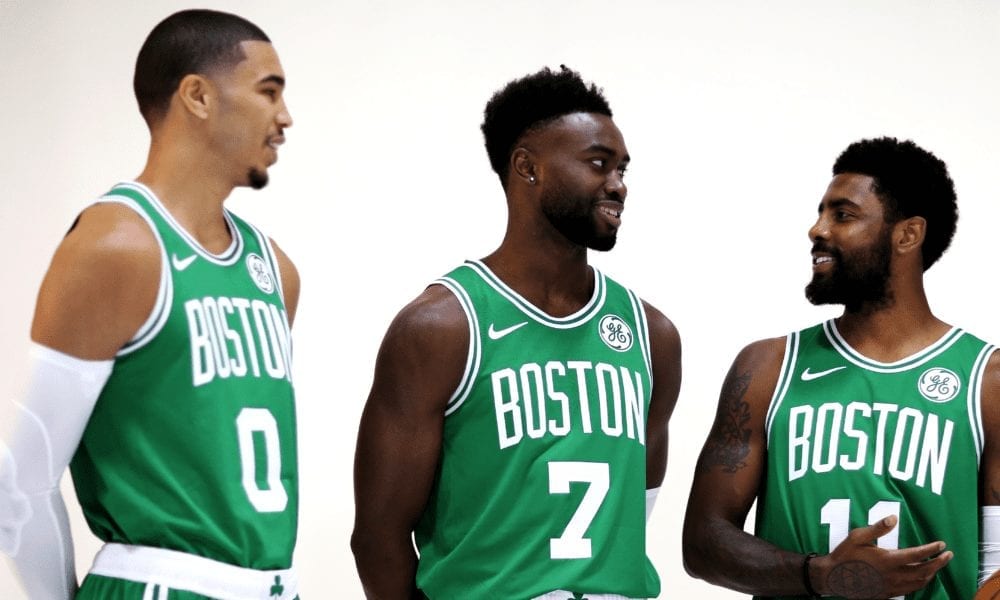 This was meant to be the season everything fell into place for the Boston Celtics.

Jayson Tatum and Jaylen Brown would raise the bar even higher, Kyrie Irving and Gordon Hayward would finally return and Danny Ainge would chomp on a cigar and tell us he loves it when a plan comes together.

Instead, Irving got off to a slow start, Hayward hasn’t been himself and Tatum and Brown have failed to build on their rapid rises from last season.

While Irving has picked things up recently, he also has some thoughts on the underwhelming starts submitted by Tatum and Brown.

The high-scoring point guard suggested his two young teammates were weighing themselves down with their own expectations.

“I just think that, for the amount of work that, like I said before, that guys put in, I think they have expectations for themselves, and I think that’s completely normal,” Irving told ESPN’s Tim Bontemps.

“Getting beaten down on [missing] shots or not being in the right spots … I think that we just have to find the happy balance between those two.

“Going on this early part of the regular season, teams are coming at us, so they’re expecting to make shots, they have a great rhythm; then we get hit in the mouth a few times, and we just gotta be able to respond.”

Brown’s stats have dropped from 14.5 points and 4.9 rebounds to 10.9 points and 4.3 rebounds following the reinsertion of Irving and Hayward.

Tatum is putting up 15.9 points and 6.9 rebounds, which is an improvement on his 13.9 and 5 from last regular season, but a drop off from his stellar debut playoff campaign, during which he averaged 18.5 points.

But all freshly-assembled rosters stacked with talent take time to gel, and Boston is just 16 games into the season.

If Tatum and Brown can rise to occasion at the business end of the season, much like they did last year, the Celtics should be just fine.