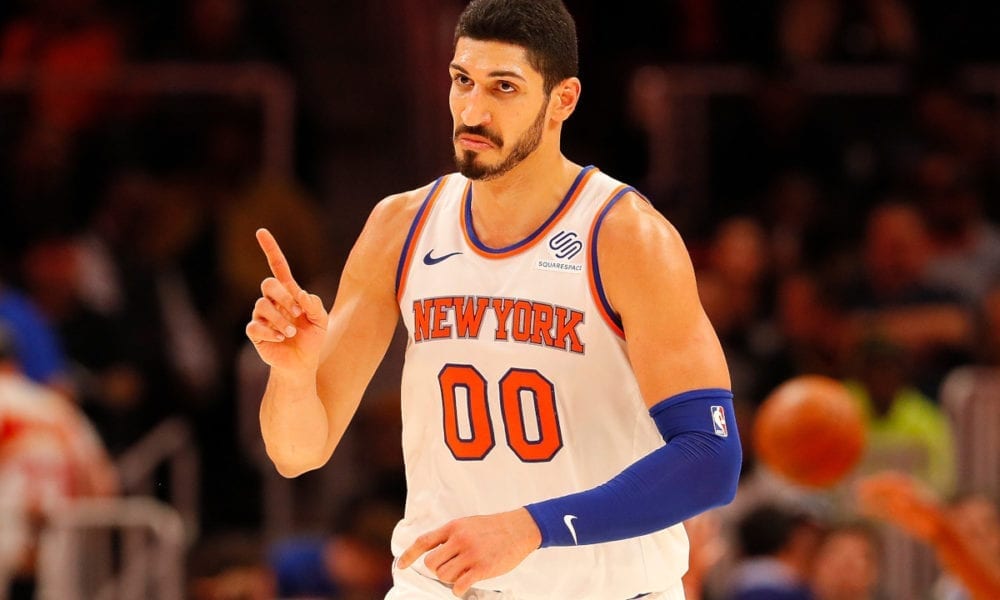 Enes Kanter wasn’t happy about being forced to ride the bench in New York’s last-minute 129-124 loss to New Orleans on Friday night.

The centre — who is averaging a double-double this season — was forced to watch on from the sideline as the Knicks capitulated down the stretch.

Coach David Fizdale explained that he wanted his young rookies, including centre Mitchell Robinson, on the court in the final quarter to experience “weathering the storm on the road”, per The New York Post.

The youngsters didn’t weather the storm, and the Knicks fell to 4-12, a bad sign for Kanter who spoke just last week about making the playoffs.

Kanter, who is a free agent in 2019, aired his frustration after the game with a cryptic tweet.

“It’s only going to grow bigger,” Kanter said when asked what it meant.

It’s safe to say that the tweet symbolised Kanter’s inability to speak about coaching decisions, particularly after Fizdale said that the Knicks aren’t “chasing wins”.

“This season’s biggest, the most important thing we do is development. You can’t put anything above that,” Fizdale told reporters after the game.

That’s not exactly what 26-year-old Kanter wants to hear. He wants to win, and the feeling around the league is that his time in New York is limited.

Kanter was brusque with reporters at Knicks practice on Sunday when they asked if it was tough to sit on the bench late in tight games.

When asked how he deals with Fizdale’s emphasis on development when he’s playing for a contract, Kanter couldn’t help but laugh.

“Next question please. You already know these answers. I don’t know why you’re asking me.”

Kanter has done a good job of keeping his comments PG so far, but going on his history, we might not have to wait until New Year’s for fireworks in New York.