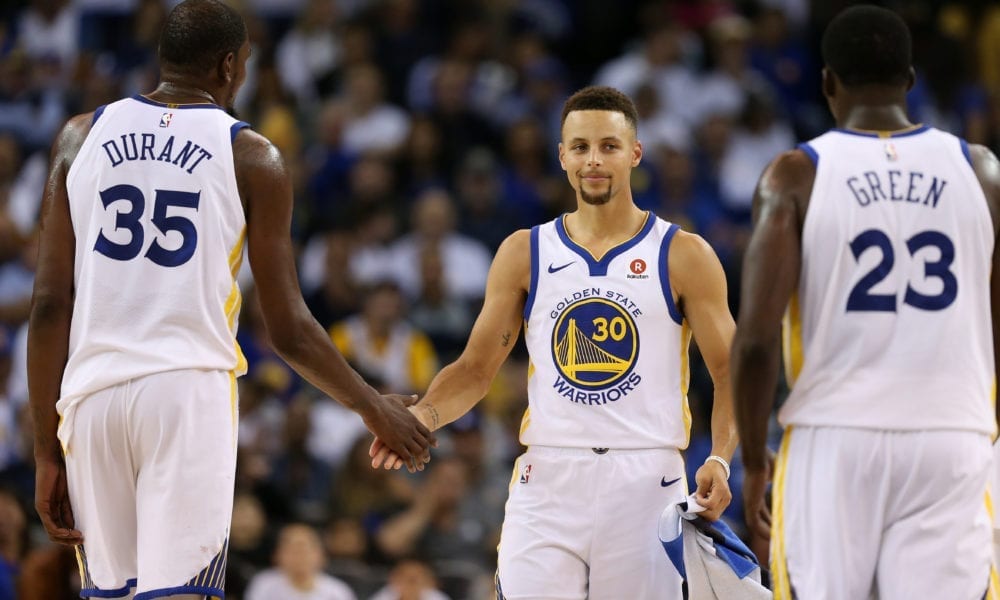 On a team embroiled in its first major drama since becoming a powerhouse contender, Steph Curry is the voice of reason.

In that sense, he is essentially the anti-Draymond.

While Green lets his emotions get the better of him, every word emanating from Curry’s mouth is measured and well-reasoned.

And there isn’t an ounce of concern in his body when it comes to the Durant-Green squabble.

“They have a lot of equity built in their relationship,” Curry told the Associated Press on Saturday.

“They’ve won championships together. They’ve brought out the best in each other.

“Obviously, I don’t think they’ve had an incident to this level, but you don’t have the experiences that you’ve had and go through the journey that we’ve been on and let it be derailed by something like that.”

Curry was later asked if there was any way that either the Durant-Green incident or his groin injury could derail the Warriors’ season.

“That’s not going to happen,” he said.

The Warriors are 2-3 without Curry this season, while posting a 10-2 record with him.