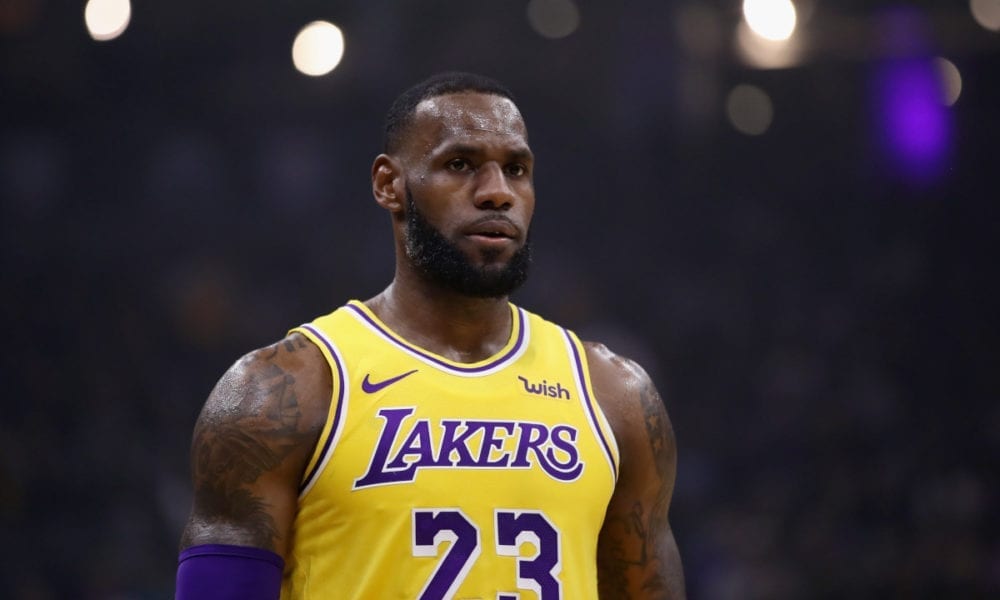 The moment Carmelo Anthony was cut from the Houston Rockets it was inevitable there would be rumours about him joining his ol’ Banana Boat pal LeBron James at the Los Angeles Lakers.

LeBron has been vocal in the past about his desire to make the ultimate dream team consisting of himself, Dwyane Wade, Carmelo Anthony and Chris Paul.

There’s been multiple reports suggesting Melo would join King James in Los Angeles, but it seems that even LeBron realises that Melo is past his use-by date.

James did his best to avoid the subject when a reporter asked about the possibility of Melo joining the Lakers after their 130-117 loss to the Magic on Saturday night.

“I have no idea to be honest,” James told reporters.

“That’s not a question to ask me. Right now, we have 15 roster spots right?

“We don’t have a roster spot open right now. That’s not a question for myself.”

Translation: I really don’t want Melo, but he’s a good friend and I don’t want to hurt his feelings, so please don’t ask me.

LeBron’s response is the equivalent of when your deadbeat friend asks whether your job is hiring and you awkwardly avoid the question and try not to ever bring it up again.

If LeBron actually wanted Melo on the team, it would only take a Thanos-style snap of the fingers and the Lakers front office would make it happen.

It looks like the Banana Boat will remain a hypothetical forever.