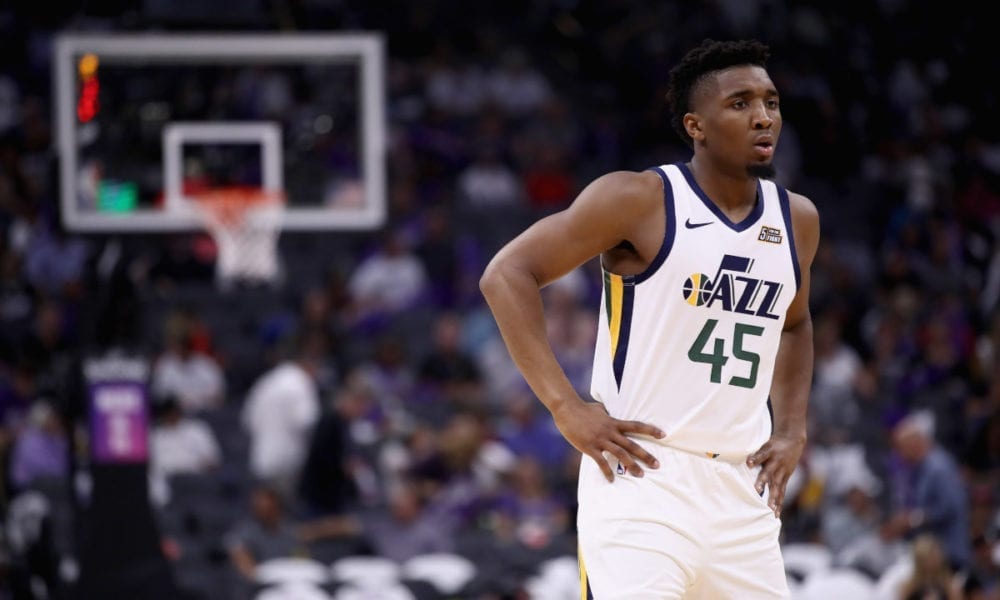 On Friday night against Philadelphia, Donovan Mitchell had a historic night for all the wrong reasons.

In Utah’s 113-107 loss to the 76ers, Mitchell had a high-volume, low-efficiency game that would have made even Kobe blush.

Mitchell scored 31 points. Not so bad, right? Well, it looks okay until you realise that he took 35 shots — the same amount as Utah’s other starters combined.

It was only the second 35-shot, 0 assist game in the last 20 years. The other was Carmelo Anthony’s 62-point destruction of the Bobcats back in 2014, a far more impressive game than Mitchell’s.

In fact, most of the other 35-shot, no-assist games in NBA history have better stats than Mitchell.

You have to go all the way back to Elvin Hayes’ 28-points from 40 shots in 1969 to find something worse, per Basketball Reference’s database.

When speaking to ESPN‘s Tim MacMahon after the game, Mitchell was understandably embarrassed.

“I took 35 shots. That can’t happen. Zero assists. That’s not who I am. That’s not how I play. I know I’m still being aggressive, but I’ve got to be smart.”

“We need him to be aggressive,” said Joe Ingles. “I said it to him during one of the timeouts: If he feels good about the shot and it’s a good shot within our offence, he needs to shoot it.”

Jazz Center Rudy Gobert was positive too: “His No. 1 strength is to get to the rim and make plays. He needs to learn to make the right decision at the right time.

Mitchell, who promised to shoot his way out of the slump, should count his blessings that he has such supportive teammates around him.

Who knew that after featuring on Kobe Bryant’s Detail, the mamba’s shooting philosophy would rub off on him?