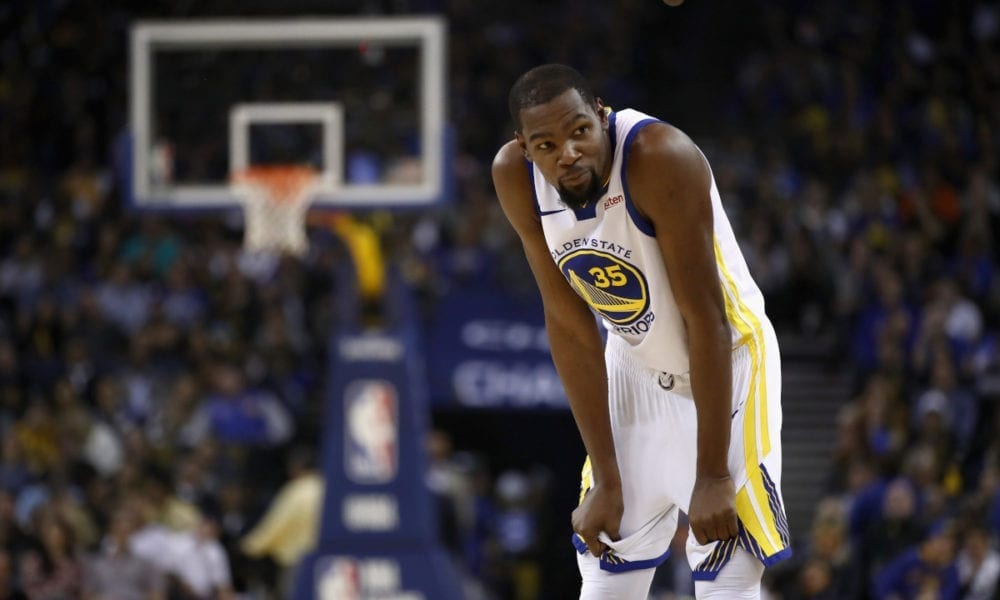 Kevin Durant made it crystal clear after Thursday night’s 107-86 loss to the Houston Rockets that any talk about his relationship with Draymond Green is off the table.

Durant wasn’t a happy camper when he spoke to reporters after the Warriors’ worst performance of the season.

“Don’t ask me about that again,” Durant said curtly after he was asked about his relationship with Draymond in the wake of their well-documented altercation.

It’s not surprising, particularly given the updated report that Green said something along the lines of “we don’t need you. We won without you. Leave”, according to Yahoo! Sports‘ Chris Hayes.

The look that KD gave the reporters made them change the subject quickly, but Steve Kerr was willing to speak about the impact of the Kevin Durant-Draymond Green situation on the team.

“Everybody’s energy is affected by the whole, what’s going on with the group. It was clear tonight that we were not ourselves.”

Kerr also said that Draymond “played very poorly” in his return from his one-match suspension.

Green had 0 points in 24 minutes, the longest he has played without scoring a point in his career, according to ESPN Stats.

“I was horrible,” admitted Green. “I just couldn’t do nothing right.”

Kevin Durant didn’t have a stellar night by his standards either, finishing with 20 points on 6-15 shooting.

A looming cloud of uncertainty now overhangs the Warriors’ future and it’s only going to get more ominous as Durant’s free agency approaches.