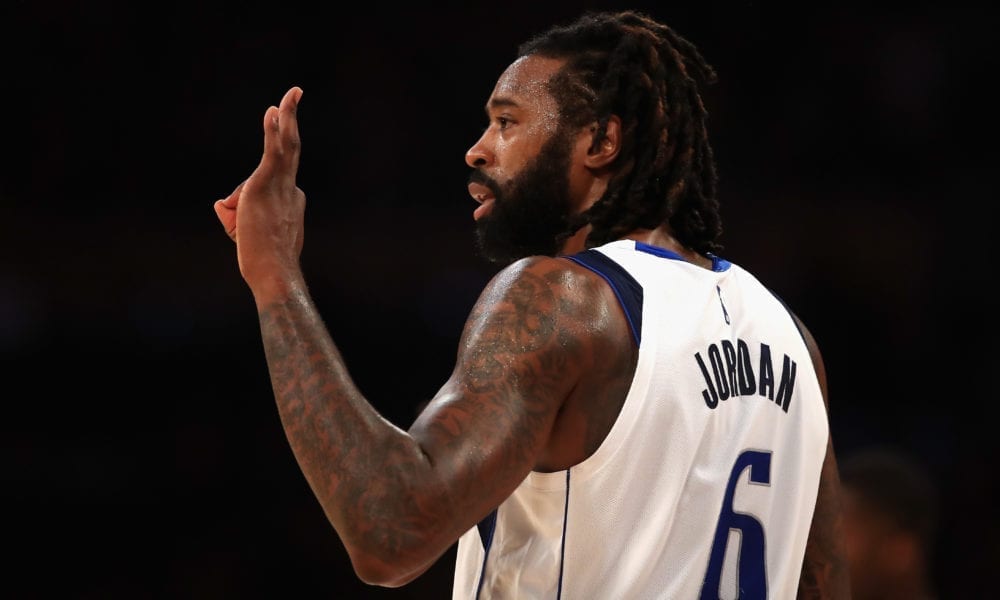 Imagine flirting with a girl for three full years.

You both want each other, but she’s seeing another guy and it seems like nothing’s ever going to happen.

Until one day, it does.

She dumps her guy, asks you out, and you couldn’t be happier…until you go on a few dates and she’s spouting conspiracy theories while dribbling marinara sauce down her front and swearing at the waitress.

Imagine your disappointment after all that build up.

Mark Cuban and the Dallas Mavericks know that feeling all too well, thanks to their new big man DeAndre Jordan.

Jordan went back on a verbal agreement to sign with the Mavs in 2015 after a whole lot of offseason courting, before joining the team this season.

But now that he’s finally in Dallas, things aren’t going well at all.

Check this out from ESPN’s Tim MacMahon:

“Don’t be deceived by DeAndre Jordan’s solid statistics. He has been a major disappointment for the Mavs. He has rubbed teammates the wrong way with what they perceive as selfish play, the most blatant example being when he stole an uncontested rebound from Luka Doncic by putting his forearm in the prized rookie’s back and tipping the ball away. Jordan’s disinterest in playing help defense has been a big problem as Mavs opponents light up the scoreboard.”

Better still – and just to really top everything off – earlier this season Mavs rookie Luka Doncic said Jordan “gets mad when I get rebounds”.

First Jazz basket: Ricky Rubio Nashes under the basket, and shoots wide-open. No hand up from DAJ. I guess you can support this one by saying that Rubio midrangers are fine, but… at least get a hand up! pic.twitter.com/vHpHKyYIPE

Jordan has since said he’s learned his lesson from the Great Doncic Rebound Heist of 2018, but his complete lack of commitment on the defensive end hasn’t changed.

The Mavs have spent years offering large sums of money to ‘not-quite-star players’ like Jordan.

But now that they have the makings of a promising young core, the last thing they need is DJ messing everything up.