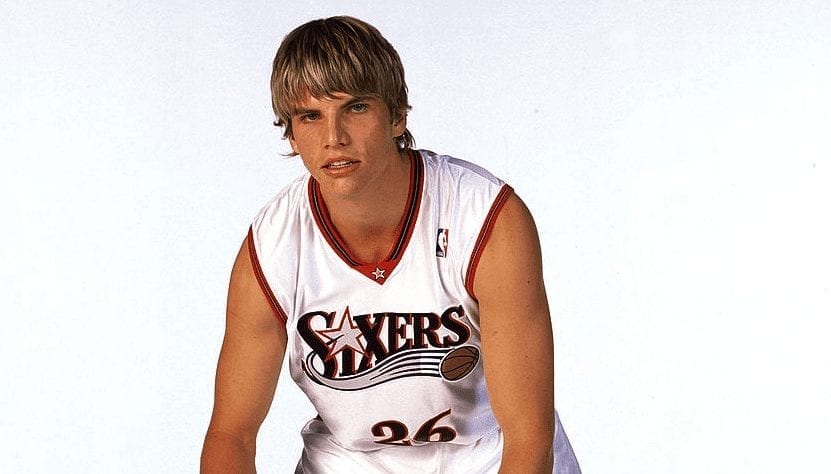 The Philadelphia 76ers are desperate to surround their Big Three with more shooting than a John Wayne film.

And the man at the top of the list is Kyle Korver, according to The New York Times’ Marc Stein.

Korver would clearly be a great fit on the court, but as Stein pointed out in his latest newsletter on Tuesday, it won’t be easy for the Sixers to get him.

With Korver in the second year of a three-year, $22 million deal, Jerryd Bayless’ $8.6 million expiring contract was their best chance to make the salaries match in any potential deal.

But they traded Bayless in the Jimmy Butler trade in order to push the deal through.

Now the 76ers will have to get creative if they want to make their Korver dreams a reality.

A move to Philadelphia would likely see Korver finish his career where it began.

He debuted with 76ers in 2003-04 season, playing his first four and a half season in the City of Brotherly Love.

Korver is averaging 5.5 points per game in just 15.3 minutes with the Cavaliers this season.