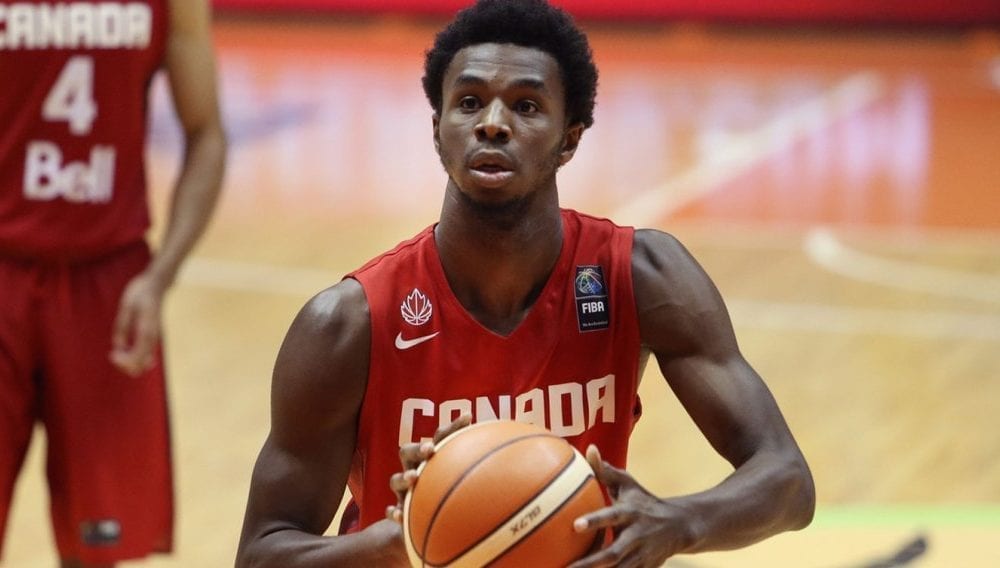 There are many factors contributing to Andrew Wiggins’ on-court struggles, and chief among them is his Canadian heritage if you ask ESPN’s Marc J. Spears.

Speaking on The Jump this week, Spears said “if perhaps Wiggins would have grown up in the States instead of Canada, maybe he’d be a lot tougher.”

The characterisation of folks based on where they were born had some of us thinking we’d accidentally tuned into a Trump rally.

Host Rachel Nichols, meanwhile, was quick to cut in.

“Oh boy, wow,” she said. “Why do you have to go insulting an entire country like that?”

“Because they make good comedians, but they don’t make toughness,” Spears responded.

This subsequently fired up plenty of Canadians (although they would’ve been more fired up if they grew up in the States, according to Spears, probably).

Among them was Yahoo Sports Canada writer Stan Temming, who promptly labelled Spears “Mr. Unnecessary-middle-initial” before going on the offensive.

As for our message for Marc?

Don’t be mean to Canadians and we won’t compare you to Trump.