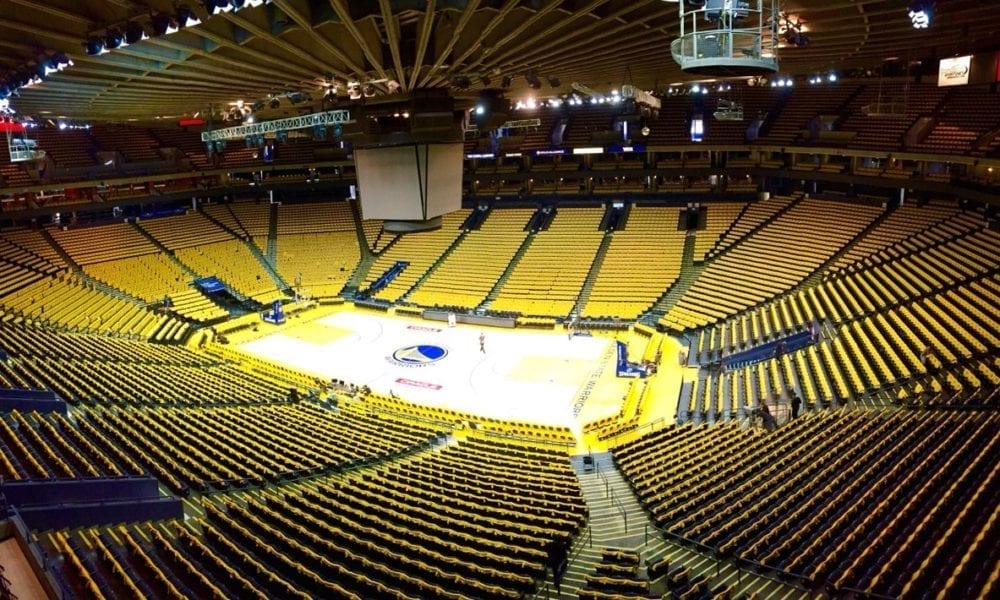 While some teams are struggling to fill to half their arena on any given night, the Golden State Warriors are in such hot demand that they’ve started selling tickets which don’t even come with a seat. In a move so ballsy only a team as successful as the Warriors would even think of it, the team announced on Monday it would be offering a monthly “In The Building Pass” for a crisp $100. The pass doesn’t even come with access to the seating bowl, meaning no view of the court whatsoever, and is believed to be the first time a North American sports. It’s a move to target fans who’re so eager to be a part of the Warriors dynasty that they simply want to be in the building on game night. Instead of being able to watch the actual game, fans who buy the pass will instead have access to the arena’s restaurants and bars, where they can watch the game on TV. And while it’s hard to imagine anyone would want to fight Bay Area traffic just to watch the game on TV, the Warriors have 44,000 people on their season ticket waiting list and are banking that at least some of them will pay just to get in the building. For more Basketball Forever content, follow @bballforeverfb and @nickjungfer.
Related Article:  Charlotte Hornets' LaMelo Ball Favorite To Win Rookie of the Year