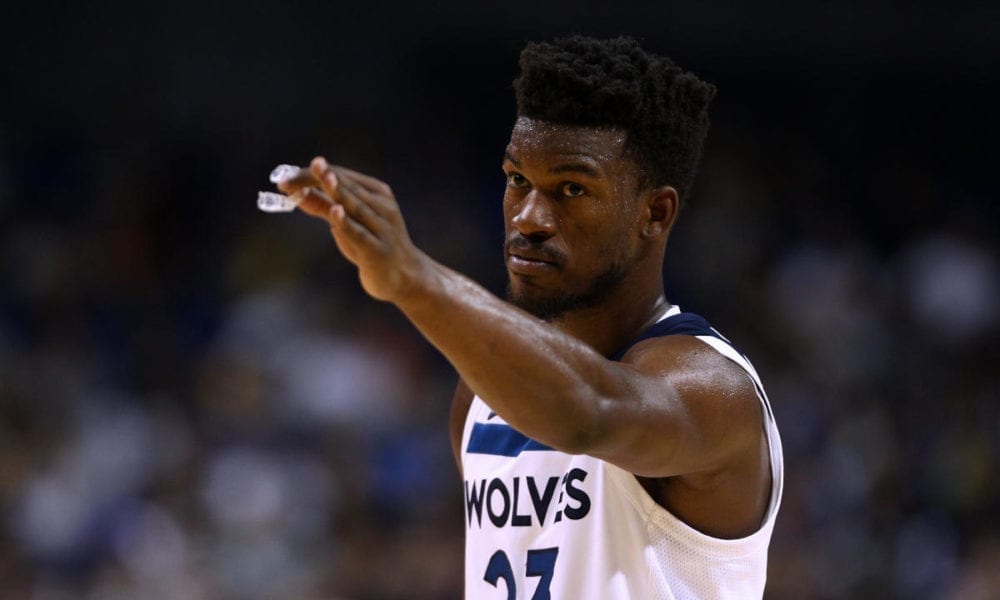 The Philadelphia 76ers officially introduced Jimmy Butler, the newest addition to their roster, at a press conference on Tuesday.

Unless you’ve been living under a Shaq-sized rock, you’ll know that Jimmy Buckets was traded after a controversial stint with the Minnesota Timberwolves.

During his opening presser in Philly, Jimmy seemed pretty stoked to be able to finally leave all the drama behind.

But reporters still wanted to hear his side of what happened in Minnesota. When asked about what went down, Butler said that he wasn’t “that big of a problem at all” and went on to praise his former teammates.

He has a fair point. No single player has ever come out and criticised him, it’s always been from those “sources”. Even as recently as this morning an anonymous scout told Yaron Weitzman of The Bleacher Report that “he’s really hard to play with. He’s very demanding, very hard on his teammates.”

Only time will tell how Butler’s time in the land of the cheesesteak will go, but he was clearly excited at the potential of The 76ers. Oh, and he has a special place in his heart for Joel Embiid’s social media presence.

In a conversation that covered just about everything — and was even catered with Jimmy Butler-themed donuts — the questions then moved on to Markelle Fultz’s struggles.

Butler said that he thinks most of Fultz’s shooting issues are mental, and as long as he keeps working hard “he has my respect”.

Buckets finished the presser by expressing his excitement at being in Philadelphia, and promised that he’s going to play hard, grind and “take it up a notch”.

Now all the talking is done, in the immortal words of Adrian in Rocky II — “win Rock”.

Jimmy Butler and the new-look Philadelphia Sixers will have their chance when they take on the Orlando Magic tomorrow.