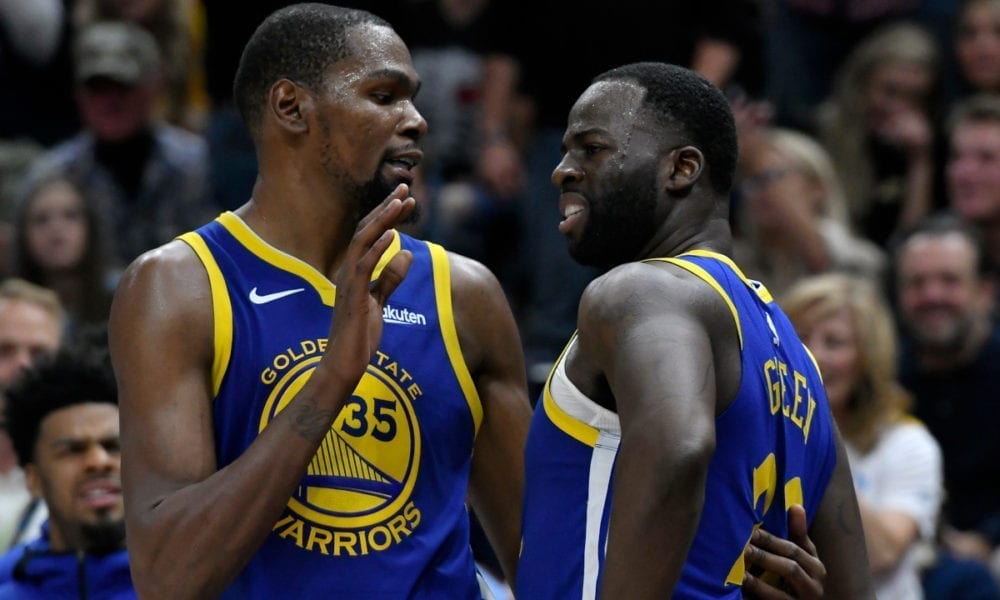 Draymond Green and Kevin Durant had to be separated during a late-game huddle in Monday night’s loss to the Los Angeles Clippers, and the furious exchange didn’t end there.

According to ESPN’s Adrian Wojnarowski and Marc J. Spears, once the Warriors got back to their locker room, several teammates angrily confronted Green for his poor decision-making.

The verbal exchange was due to Green’s questionable decision to dribble up the court in the final play of regulation instead of passing to Durant for a potential game-winning shot.

Witnesses said the clash was “one of the most intense of this Warriors era”, according to the report.

While no one had to be separated and there was no threat of violence in the room, such a public disagreement is hardly a good sign, especially considering Durant’s looming free agency.

Green was reportedly “forceful” in defending himself, which escalated the situation.

If his usual on-court behaviour when things don’t go his way is anything to go by, arguing with Draymond would not be fun nor pretty.

It all started when Green grabbed a defensive rebound in the final seconds of the tied game.

Durant was clapping like a seal, calling for the ball, but Draymond decided to play hero ball instead.

Neither player spoke to the media after the game (shock horror), but the Warriors sent out Shaun Livingston to face the music.

“Just team spirit,” Livingston said. “Team spirit. Guys wanted a different outcome than what happened. Obviously, Dray had the turnover, guys might have thought they were open or wanted the basketball, didn’t get it.”

“Things happen like that in sports. But it was good to see some fire, some emotion.”

Warriors officials have played down the situation, but this was also another sign of the team’s struggles when Steph Curry doesn’t play, with the team now 22-19 overall in games without him.

Could this be signs of trouble in paradise?

Or will they simply bounce back by dropping 50 in a quarter against Atlanta tonight?