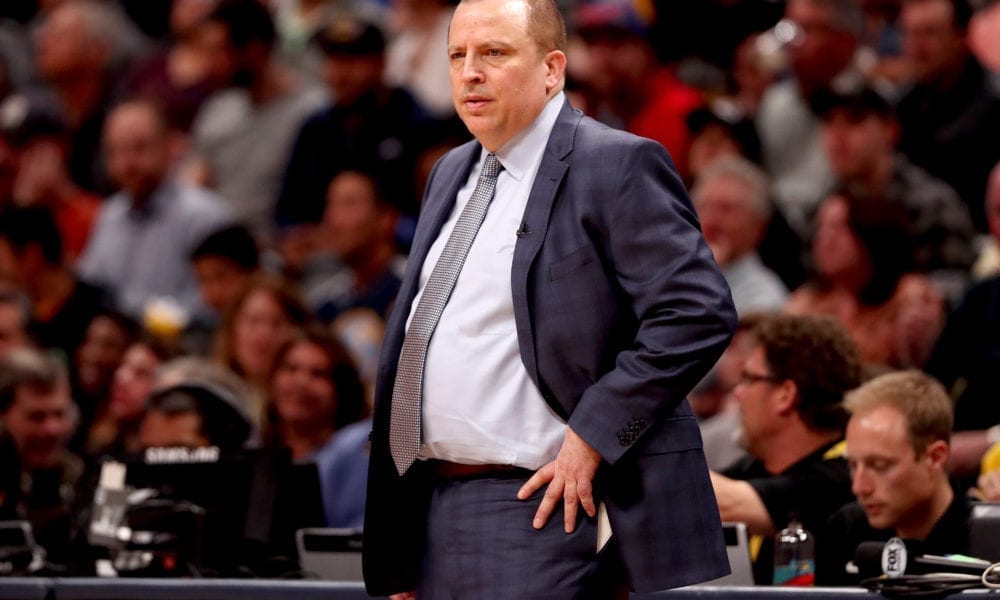 Having finally freed themselves of Jimmy Butler and all the carnage that comes with him, the Minnesota Timberwolves could be looking to move on from their tumultuous ‘Timberbulls’ era altogether.

But Taylor couldn’t bring himself to pull the trigger and has paid a hefty price, with the Wolves losing their standoff with Jimmy Butler – one which Thibodeau reportedly dragged out – in spectacular fashion.

However, it’s expected Taylor will finally let both Thibodeau and Layden go before the start of next season.

Per Woj: “Taylor kept doubling down, and when he hung up the phone with Philadelphia owner Josh Harris on Saturday morning, Minnesota had lost everything — the four-time All-Star in his prime, the trade standoff, and ultimately, the trust to stay with Thibodeau and GM Scott Layden beyond this season.”

Once he has been handed his marching orders, it would then become very interesting to see how much interest Thibodeau garnered around the league.

Incredibly, the terrifyingly intense coach was once the darling of his profession, having masterminded the 2008 Celtics’ championship-winning defence before moving on to a successful era as head coach of the Chicago Bulls.

But his reported stubbornness and thirst for front power have marred his time in Minnesota, and it would be foolish to think any of his potential future employers haven’t noticed.