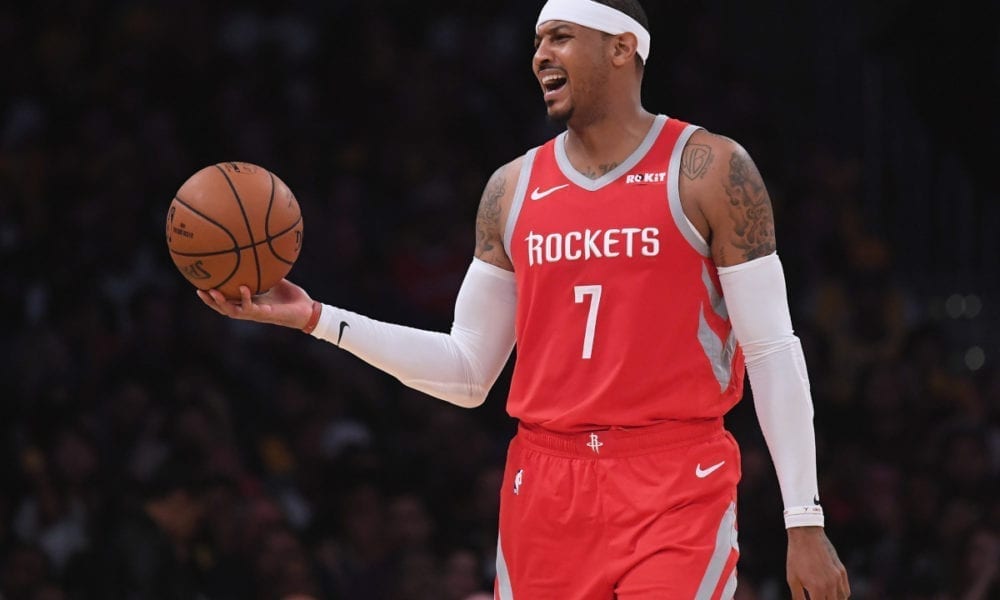 What the hell is going on with Carmelo Anthony?

That is the question on everyone’s lips.

Multiple reports have suggested Melo’s future in Houston is in serious jeopardy, while Rockets general manager Daryl Morey has stated his embattled former All-Star had been the victim on “unfair speculation”.

A hell of a lot has happened today, so let’s unpack everything in an attempt to figure out how we got here and what in God’s name will happen next.

At first, it looked like Anthony wasn’t going anywhere, with the New York Times’ Marc Stein quoting a source “with knowledge of Houston’s thinking” that the team wasn’t letting him go.

The Rockets themselves also denied the rumours that Melo was on his way out.

Stein then claimed two sources close to the situation had told him “Anthony has been informed that his brief time with the team will soon be ending”.

There’s nothing to see here

Rarely does Rockets general manager Daryl Morey host press conferences, but he faced the press before Houston’s home game against Indiana on Sunday night and promptly went into bat for Melo.

Morey said the rumours and blame placed on Anthony’s shoulders was unfair.

He also stated that Melo’s “approach has been great” and that he wasn’t playing against the Pacers due to illness.

Just hours after Morey had done his best to douse the flames, ESPN’s Tim MacMahon dropped this:

MacMahon subsequently reported that the Rockets were treading carefully “on finalizing an exit for Anthony out of respect for his relationships within the team and his stature as a 10-team All-Star and future Hall of Famer”.

You know, unless there’s another twist in this tale.

And would it really shock you if there was?