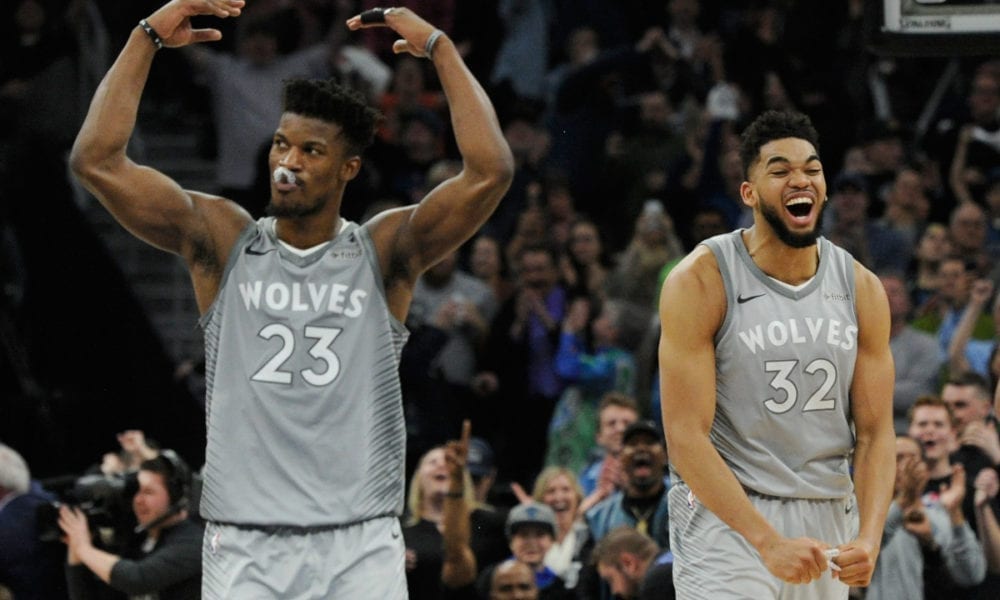 With the trade of Jimmy Butler from Minnesota to Philadelphia officially confirmed, Timberwolves players were surprisingly polite about their departing teammate.

After the last few months of disputes at practice, poor on-court chemistry and a million hilarious memes, you would be forgiven for thinking that KAT would take the opportunity to vent a little.

But when Minnesota players fronted reporters on Sunday, they had nothing but good things to say about their controversial former teammate.

“He’s one hell of a player,” said Towns. “I don’t know how many Jimmy Butlers there are in the world, so I think he’ll be missed.”

Why does Karl-Anthony want to know the amount of Jimmy Butlers in the world? I can’t answer that, but How Many of Me confirms that there are 248 people named Jimmy Butler in the United States.

Andrew Wiggins wasn’t concerned about counting Butlers. He said that playing with Jimmy Buckets made him a better leader, and said that he told Joel Embiid that “if you’re going into battle, you want him by your side.”

“I learned a lot of things from him,” said Wiggins. “We made the playoffs, something we haven’t done in a long, long time. So I think it was positive either way you put it.”

Even Taj Gibson, who also played with Butler at the Bulls, chimed in. He was sitting across from Jimmy when the news of the trade came in, and said that even though they knew it was coming, “it was still shocking”.

Speaking of shocking, the Wolves are tied with the Cleveland Cavaliers for the worst defensive rating in the NBA.

The new-look Timberwolves will be looking to improve that — and their 4-9 record — when they take on the Brooklyn Nets later today.