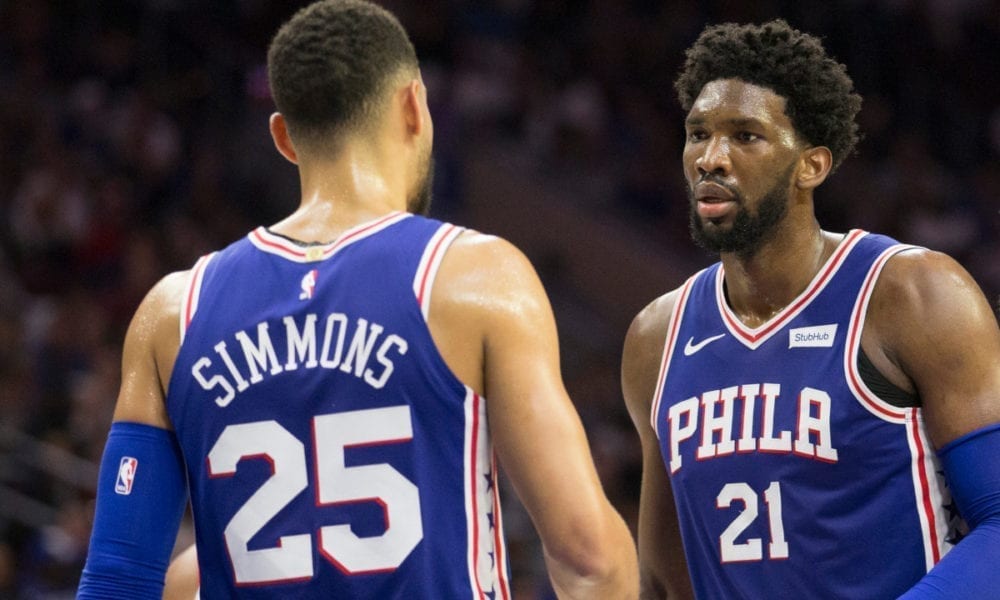 Through all the trade rumours, death stares and training battles, it was still a surprise to Ben Simmons and Joel Embiid when they heard the news that Jimmy Butler was coming to Philly.

In standard Embiid fashion, the first thing he did was make a phone call to Karl-Anthony Towns and Andrew Wiggins to find out the truth about Butler.

“Wiggs told me that he thought that we were going to win the East for sure.”

“I think he’s one of the best defensive players in the league. I’m excited to see where he takes us and how much better we’re going to look.”

Rather than call Butler’s ex-teammates, Simmons chose to actually talk to the man himself. Their short chat apparently confirmed that Butler is “going to fit in” with the Sixers just fine.

“He said he just wants to win. I think that’s the mindset we all have here. We’re excited to get Jimmy here.”

“A guy like him who can come in, score the ball, veteran leadership, experience — he’s going to fit in here.”

“Our culture is winning, playing together as a team and playing hard. I think he’s going to bring that.”

“I’m sure he’s coming in here willing to fit in, so we’re going to figure it out.”

Embiid also spoke about the potential clash between him and Butler, who has become well-known for his aggressive leadership and lofty expectations.

“I’ve been doing a great job being here for this franchise, being here since basically [the process] started.”

“I intend to keep doing what I’ve been doing — helping my teammates play better and make everybody happy and make sure we win games.”

Oh, and for anyone worried about whether Embiid will keep trash talking with the addition of Butler, then the answer is yes.

“When guys from the other team want to talk trash, I’m going to be right there talking trash [and] using social media. That’s me.”

Simmons put his finger on the one simple ingredient that may ensure they’re success as a trio.

“We all have that similar mindset. We hate losing. That pisses us off. We want to win.”

Things could go a number of different ways from here, but whatever happens, it’s going to be entertaining as hell.