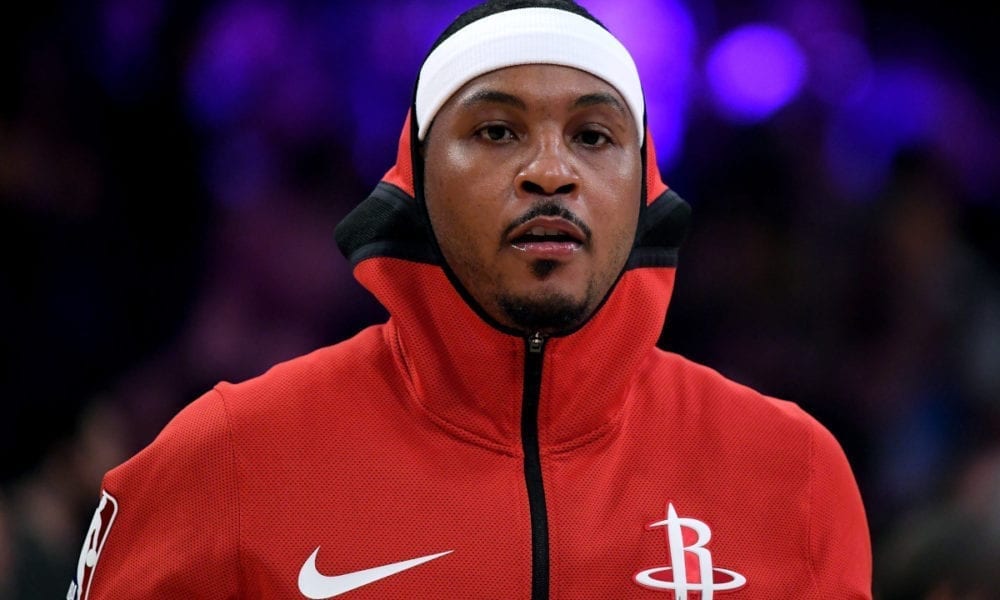 After going 1-11 against the Thunder and averaging a career-low 13.4 points per game, it appears that Carmelo Anthony’s future with the Rockets is in doubt.

Melo didn’t play in Saturday’s loss against the Spurs due to “illness”, but ESPN’s Adrian Wojnarowski has reported that the issues are way bigger than a flu.

Just for the record, when your boss is “discussing” your role, that’s not a good thing. It’s kind of like when your high-school teacher wanted to “discuss” your maths results with your mum.

NBA news breaker extraordinaire Sham’s Charania reported for The Athletic that Anthony did a full practice the day before he missed a game with “illness”.

So it doesn’t take a rocket scientist to see that Houston, we have a problem.

Team officials have been tight-lipped about the rumours, but with Melo out with “illness” again against the Pacers, things aren’t looking good.

In pro sports, the term “ongoing talks” is basically code for: we’re figuring out how to get rid of this guy.

While sure, Melo’s been bad, you have to wonder whether he’s being used as a scapegoat for the Rockets’ woeful start to the season.

Take this for example from their Chris Paul, who was asked how they will fix their season after their 96-89 loss to the Spurs on Saturday.

That’s just what you want to hear from a 13-year NBA veteran, 9-time All Star, and supposed team leader. Beautiful.