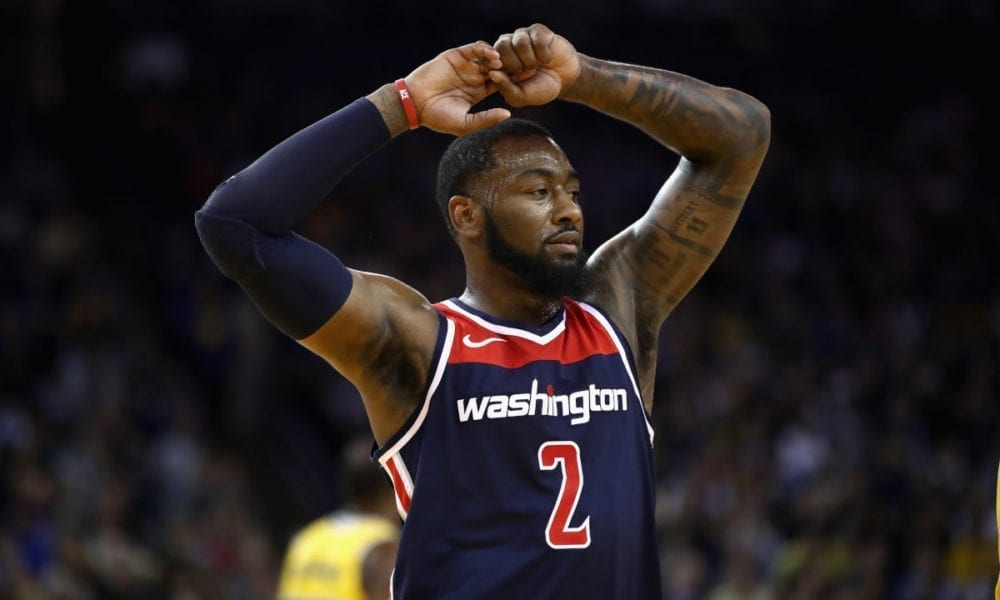 On Friday night the Wizards fell to 2-9 after losing 117-108 to the Orlando Magic, but it looks like their team moral is fading even faster than their playoff hopes.

Whether it’s John Wall’s hands on his hips, Bradley Beal’s general disinterest, or Markieff Morris yelling at an official, it’s clear that things aren’t too magical in Washington.

It’s gotten to the point that instead of motivating teammates after mistakes and missed shots, Wizards players are just sighing and staring at each other like Jimmy Butler stares at KAT.

So like all great team leaders, instead of motivating his team to do better, Wall decided to throw out a few petty verbal jabs when talking to reporters after the game.

“We’re just trying to tell everybody to keep their head up, stay positive,” Wall told reporters. “We just got to come out there and compete. That’s all you can do. ”

“One thing it is, I already said, you can’t preach or teach effort and heart. You got to go out there and do that.”

“Until we find everybody in this locker room that want to commit to that on the defensive end, it starts with me and everybody else, we’re going to stay in this hole.”

While it sounds okay at first, it just takes a second to realise that Wall is actually putting his entire team on blast for showing no effort and having no heart — the two worst things in professional sport.

From a guy who spends a large proportion of the game standing at the top of the three point line with his hands on his hips, it’s certainly rich for him to talk about effort.

Maybe if Wall put as much effort into his game as he did into post-match press conferences, the Wizards would be able to get out of this hole.

Until then, they’ve got some climbing to do.