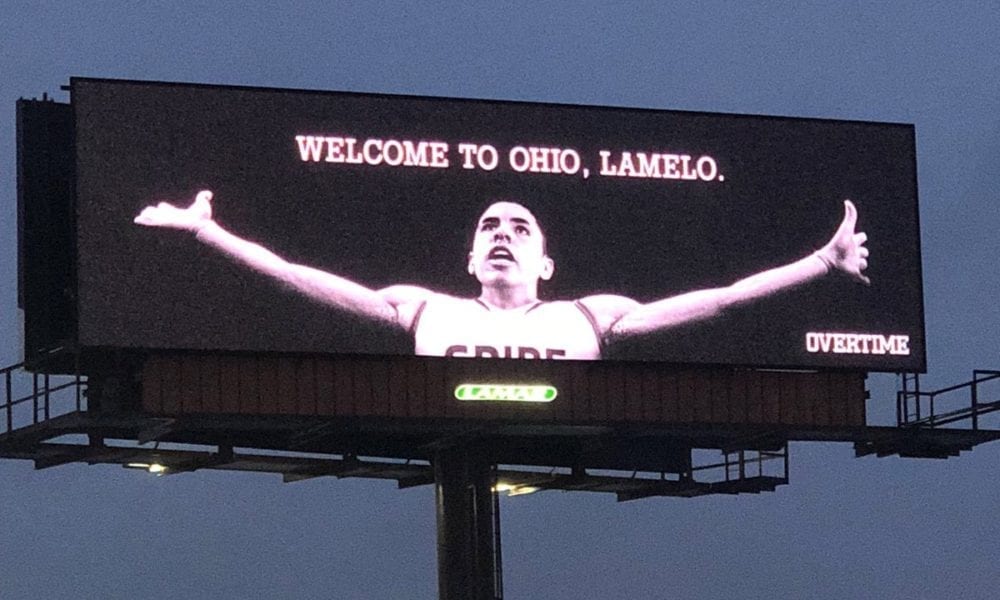 It looks like LaMelo Ball is already getting treated like a king — more specifically, he’s getting the King James treatment.

A billboard adorned with the youngest Ball bro was put up yesterday, just a few days after he announced he’d be coming back to high school to play for Spire Institute.

The billboard is located on the I-90 Interstate, just a few minutes drive from Quicken Loans Arena.

In clear reference to LeBron’s iconic Nike Cleveland billboard — which has now been taken down —  it reads “welcome to Ohio, LaMelo” with a photoshopped image of the 17-year-old’s outspread arms.

The billboard was paid for by Overtime, a New York-based company that describes itself as “a sports network for the next generation of fans.”

Earlier this week, Ball’s new coach Jermaine Jackson told TMZ Sports that LaMelo can “no question” go number one overall in the draft.

“He has the talent that, some of it can’t be taught. LaMelo can be the No.1 pick in a year or two going to the Cleveland Cavaliers.”

“We got the guy who can make the blind see and the cripples walk.”

Not that he’s playing favourites or anything.

When LaMelo starts at Spire Institute, he’ll be playing alongside six other players receiving Division I college offers, including the 7′ 7″ Robert Bobroczky, who resembles the lovechild of Ivan Drago and a metal pole.