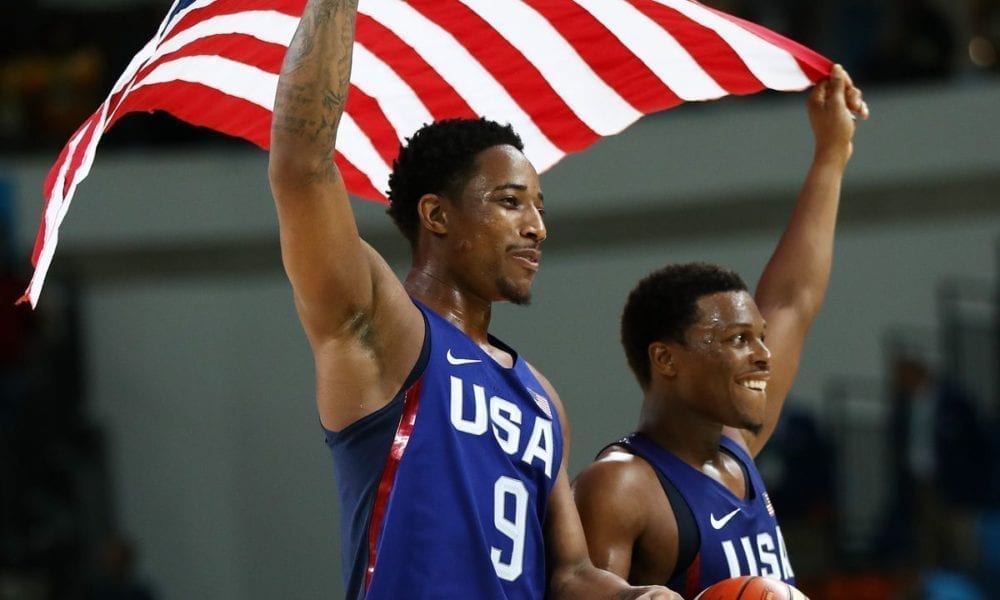 There won’t be a dry eye in the house when DeMar DeRozan returns to Toronto for the first time later this season.

And few will be more emotional than his best buddy Kyle Lowry.

The duo shared the Raptors’ starting backcourt for seven years and became the closest of friends along the way.

And despite Lowry insisting he’s moved on from DeRozan’s departure, nothing will stop those emotions bubbling to the surface when the beloved former Raptor returns in a Spurs uniform on February 22.

But if you think Lowry will be sobbing like a grieving widow when that day comes, you’ve got another thing coming.

“…I’m sure they are going to show a video tribute, and I might get emotional,” Lowry told The Undefeated’s Marc Spears.

“We have always talked about it by saying that we’re going to reflect on our careers when we are done and sitting on our porches chilling sipping on some lemonade.”

Lowry will hardly be the only emotional one in the building that night.

DeRozan holds a special place in the hearts of Raptors fans everywhere, having become the only star player who genuinely wanted to play his entire career in Toronto.

When you consider the inferiority complex that exists throughout that Canadian fanbase – those who follow the ‘forgotten team’ north of the border – DeRozan’s desire to stay put was just as important to them as his on-court heroics.

Make no mistake, they’ll show him nothing but love when he returns.

“Standing ovation,” Lowry said, when asked how Raptors fans should react when DeRozan and former coach Dwyane Casey make their respective trips back to town.

“They have done a lot for the city and the organization.

“Welcome them with open arms, which I’m sure Toronto fans will do.

“I have no doubt about that.”

It might still be a solid three months away, but you’d be wise to circle February 22 in your calendar right now.