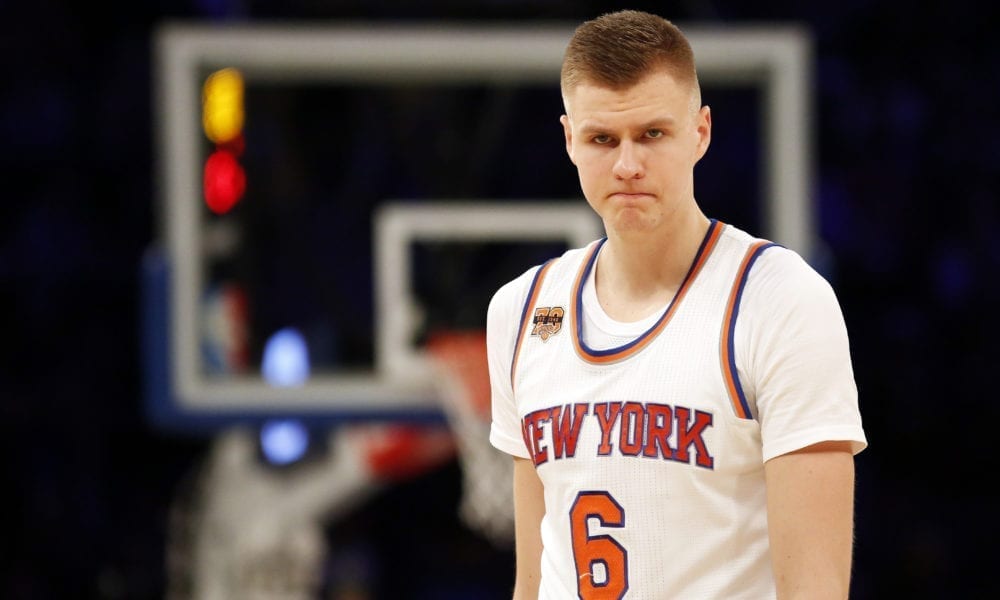 It’s been nine months since Kristaps Porzingis had his torn ACL surgically repaired, but the Latvian sensation still isn’t running during Knicks workouts.

That’s the word from the New York Daily News, which reported on Thursday (via Knicks coach David Fizdale) that Porzingis is at about the same level he was during training camp.

That means he’s more or less limited to shooting and light jogging.

The Daily News did note, however, that Porzingis could be doing more outside of the team’s facility, with the big man posting photos of himself on social media in which he appeared to be sprinting.

But with 12 months being the standard time for a full recovery, the Knicks will want to see plenty more of that sooner rather than later.

It’s been another frustrating start to the season in New York, with the Knicks sitting at 4-8.

Not only has Porzingis been sidelined with no end in sight, but promising rookie Kevin Knox has also missed significant time through injury.

One wonders whether there will ever be happiness in New York.