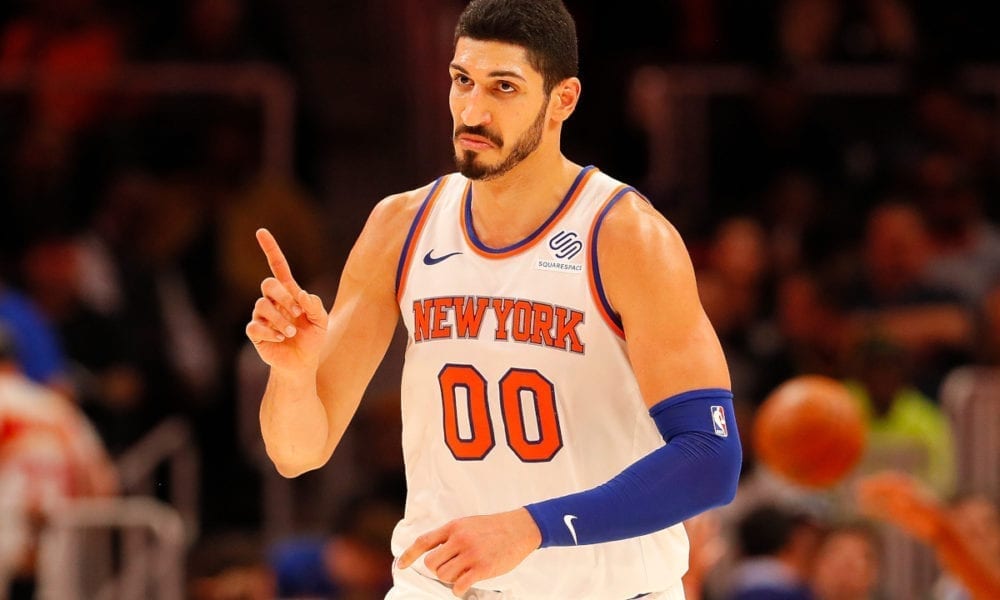 Knicks big man Enes Kanter wasn’t too pleased with a tweet from the Atlanta Hawks making fun of a nasty tumble he took during the Knicks’ 112-107 win.

While going up for an offensive rebound during the game, Kanter got mixed up with Miles Plumlee and somehow got flipped on his head.

Watching live it was pretty scary, and for a split second I thought he might turn out like Jason Street in Friday Night Lights.

Luckily everything ended up okay, so the Hawks’ Twitter account decided to make light of the moment.

The account tweeted a video alongside audio from WWE commentator Jim Ross, even adding sound effects and The Undertaker’s entrance song.

I thought it was pretty funny, but apparently Kanter doesn’t appreciate jokes at the expense of his nearly snapped neck. Fair enough, I guess.

“It’s kind of weird because they just lost the game last night and the guy they were tweeting about, I got a double-double on him,” Kanter told ESPN’s Ian Begley.

“It’s a little weird to tweet something about him after a bad home loss. Their social media guy is probably a high schooler.”

“They should consider a new [social media editor] definitely, a more mature one. I’ve been seeing what the Hawks account’s tweeting. It’s terrible. Very childish.”

Or as The Rock might say, “know your role, and shut your mouth!”