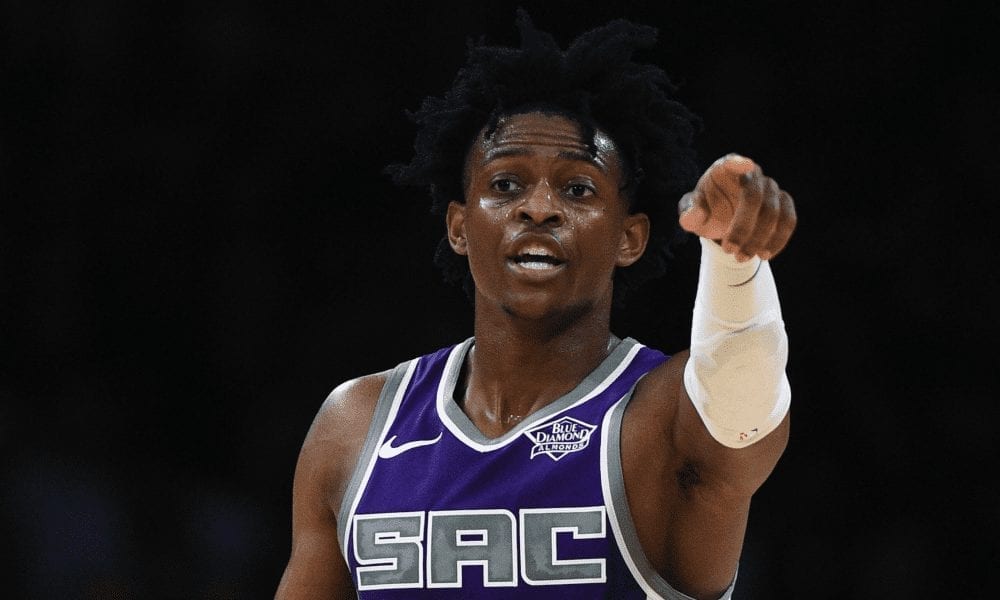 Winning basketball has been a foreign concept in Sacramento for an inconceivably long time.

Not only have the Kings missed the playoffs for the past 12 seasons, they haven’t even cracked .500 in that time.

They’ve been “rebuilding” all this time, with their attempts to do so resembling a three-year-old child repeatedly picking through the rubble of their fallen Jenga tower, rarely putting more than a handful of pieces back in place before the whole thing comes tumbling down again.

And yet despite going around in circles like a one-armed rower for more than a decade, Sacramento’s great depression could finally be coming to an end with the team jumping out to a promising 6-4 start (don’t laugh).

There are a lot of factors behind the team’s turnaround, but the most important one is sophomore sensation De’Aaron Fox.

Fox has made a stunning leap after a rookie season which was solid, but hardly elicited the same hysteria as the successful debut campaigns submitted by draft class rivals Jayson Tatum and Donovan Mitchell.

The former Kentucky standout is the driving force behind the Kings turbo-charged offence, the second-fastest in the league.

Surrounded by elite shooting spearheaded by Buddy Hield and Nemanja Bjelica, as well as versatile centre Willie Cauley-Stein, Fox has excelled at hitting the right guys in the rights spots after spending his rookie apprenticeship learning his teammate’s tendencies.

Oh, and he’s much better at getting his own too.

Check out these per 36 numbers:

After being selected with the fifth pick in last year’s draft, Fox is already better than Markelle Fultz, Lonzo Ball and Josh Jackson – all of whom were selected ahead of him.

Individual comparisons aside, what really matters here is the effect he’s having on the Kings.

That’s the difference between being the fifth-best offence in the league and the worst by a mile.

The numbers also favour Fox at the defensive end, with the Kings’ opponents scoring 104.5 points per 100 possessions when he’s on the floor and 116 when he isn’t.

As solid as Sacramento has been, there’s a strong chance this young team comes back to earth a little bit.

The Kings won’t make the playoffs this season, but what’s more important is that for the first time in a long time, there’s actually a discernible path to the postseason for them to follow.

And once they finally get there, they’ll go as far as Fox takes them.