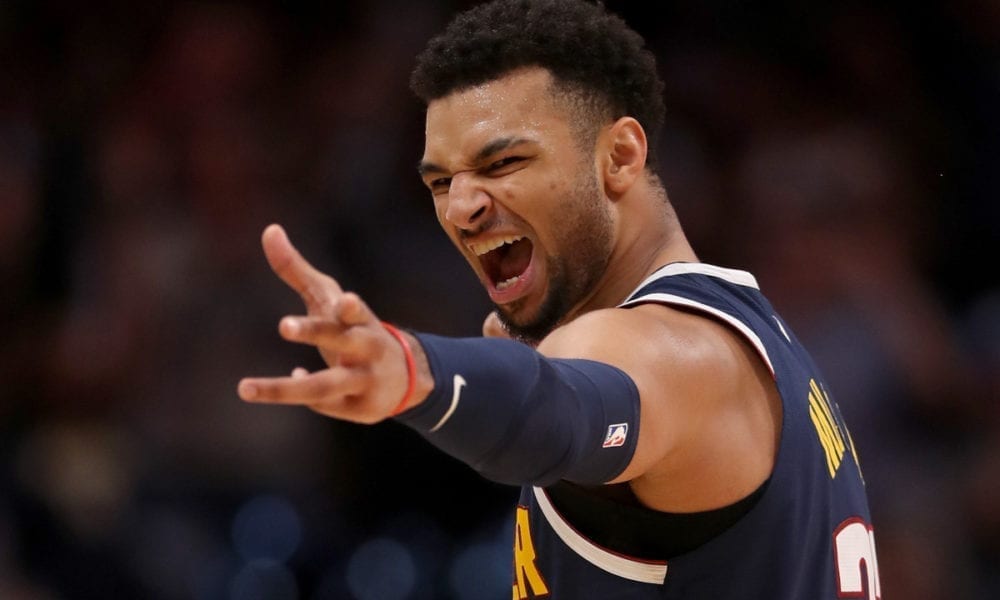 As the clock wound down — and with no defence from the Celtics — Murray launched a 3-pointer.

It was the equivalent of taking a shot in NBA 2K19 when your friend’s texting, and Kyrie Irving wasn’t a fan.

Kyrie ended up with the ball after Murray’s shot missed, and after shrugging off Nuggets assistant Jordi Fernandez, he turned and launched it into the crowd before storming off the court.

When Kyrie spoke to media after the game, he was still visibly angry.

“I mean, what kind of competitor wouldn’t it bother?” Irving said. “I understand if we fouled him, going to the free throw line… I don’t want to make a big deal out of it, obviously I was pissed off.”

Kyrie went on to applaud Murray’s stellar performance, but finished by saying “the ball deserves to go into the crowd after a bullshit move like that.”

Celtics teammate Jaylen Brown, who was seen roasting Murray after the final buzzer, told reporters that he thought it was “disrespectful.”

In his defence, Murray seemed to realise his mistake pretty quickly. He apologised in his on-court interview after the game, and did so again when interviewed at his locker.

“I think my emotions took over, as it normally does,” said Murray. “No disrespect to the Boston organisation and the fans with that shot — I just had in my mind that I was going to go 50.”

“I really wasn’t meaning no disrespect.”

Maybe the Celtics should have been more worried about what Murray did to them during regulation.

He scored 14 straight points in the first quarter, went 19 of 30 from the field and broke a few ankles (and egos) along the way.