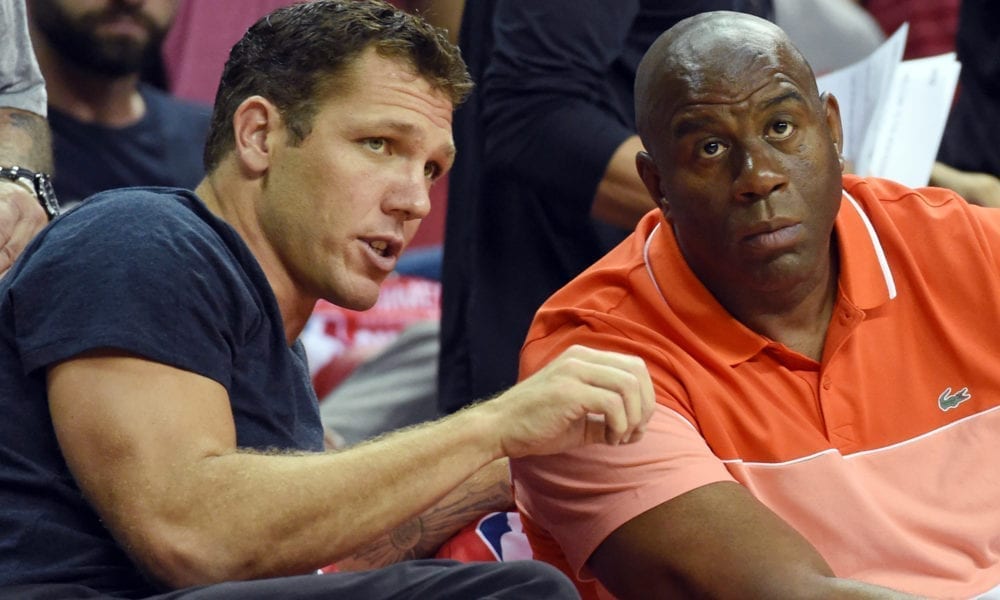 That was the upshot of a conversation between Magic and Los Angeles Times reporters Tania Ganguli, Bill Plaschke and Brad Turner on Sunday.

“I said it, Luke took it and we’re all good,” Johnson said, according to Ganguli.

“He is going to finish the season, unless something drastic happens, which it won’t,” Magic added, per Plaschke.

Those comments will likely do little to calm Walton, however.

Coaching in the NBA is a high-pressure gig at the best of times, but the immediate pressures on Walton and these young Lakers appear to unrivalled.

That’s despite Magic suggesting otherwise in the preseason, with his calm and friendly demeanour reportedly giving way to an aggressive approach behind the scenes.

As a result, the drama associated with those early 2000s Lakers teams is starting to return…the real question is whether their ability to win games will.