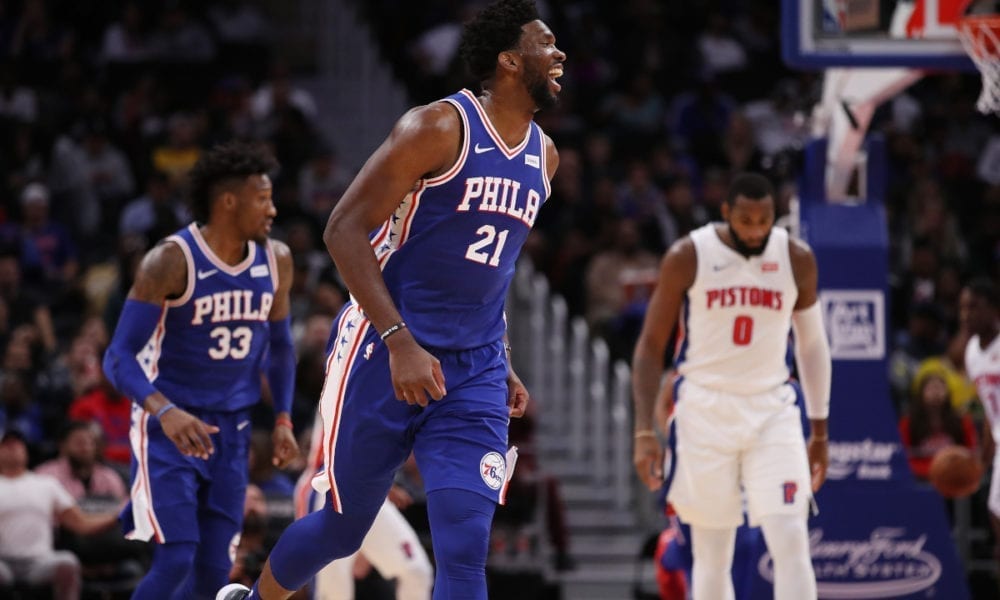 In what’s becoming one of the most entertaining feuds in the NBA, Joel Embiid threw more trash talk at Andre Drummond after the Philadelphia 76ers’ 109-99 win against the Pistons.

After racking up 39 points, 17 rebounds, 2 blocks and a career-high 18 made free throws, the 76ers big man had to flex his itchy Twitter finger.

Embiid even had the foresight to include a picture of him with a wheelbarrow full of bricks. That’s some Yoda-level trolling right there.

With only 8 points in the game, Drummond was an all too easy target.

This isn’t the first time Embiid’s mentioned his second career as a real estate agent inside Drummond’s head.

He made the same comment earlier in the season after the 76ers’ overtime loss to the Pistons.

On that occasion, Drummond took to Instagram to call Embiid “fat” and “outta shape” and remind fans that he was “locking his ass up and running him to exhaustion”.

After Detroit lost and Drummond had a night to forget, the silence is deafening.

Maybe with all the construction work going on inside Drummond’s head, he just needs some peace and quiet.