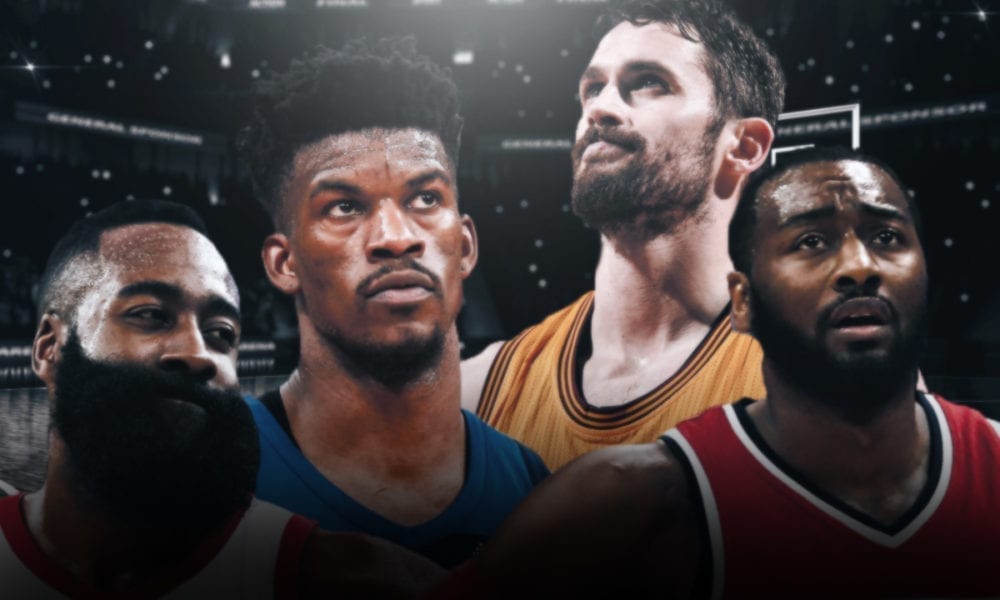 We’re only two weeks into the season, but four teams are already in particularly dire straits.

The Rockets, Cavs, Wolves and Wizards are all in a world of pain, albeit for very different reasons.

The question is, which team is in the most trouble?

Readers from the Houston, Cleveland, Minneapolis and Washington areas may find the following article distressing. Reader discretion is advised.

The Rockets are the least screwed of the bunch, but that isn’t saying much.

Despite playing just six games so far, Houston has already smashed the “break in case of emergency” glass and slammed down on the panic button (four first round picks, anyone?).

A dramatic scoring binge has gripped the league this season, and yet Houston is somehow scoring 7 points per 100 possessions less than last year.

Their offence has fallen from first in the league last year to 26th this season, their defence has plummeted from 7th to 24th, and they sit in second-last place in the Western Conference with a 1-5 record.

As it turns out, replacing defensive aces Trevor Ariza and Luc Mbah a Moute with Carmelo Anthony and spare parts has rather adverse effects.

Throw in an injury to James Harden and you have yourself a full-blown crisis.

But the Rockets are too talented to continue spiralling like this long-term.

There’s no way a team led by Harden and Mike D’Antoni – two of the finest offensive talents in their respective fields – will remain this underwhelming on what is supposed to be the more glamourous end of the floor.

The real question is whether they can sort out their shambolic defence before they’ve already dug themselves too deep a hole.

The Wizards adding Dwight Howard and Austin Rivers to an already toxic locker room was like inviting Donald Trump to a Mexican themed party, in that you couldn’t have found a worse person to throw into the existing dynamic.

Washington currently sits at 1-6, making them the equal worst team in the Eastern Conference along with the similarly depressing Cavaliers (more on them later).

Washington is also the not-so-proud owner of the 24th ranked offence and 26th ranked defence.

Hell, the highlight of their season so far has been Austin Rivers’ tribute video.

Meanwhile, Howard is still injured and no one can be sure whether that’s a good thing or a bad thing.

The worst part is this team has two of the best backcourt players in the league.

And yet they still suck.

How is that even possible?

Derrick Rose’s 50-point eruption was incredible, but the Minnesota Timberwolves are still the greatest (shit)show on earth.

Their best player wants out.

Their two best players hate each other.

Their third best player hates basketball, or at least plays like it.

Everyone else looks like they’re ready to leave Minnesota, quit basketball, and start a new life in the Bahamas.

Their coach is also their president of basketball operations and has used that power to thwart much-needed trades against his owner’s will, while signing the ghosts of Bulls he’d slaughtered in a past life.

Oh, and their owner openly regrets making the coach the president of basketball operations, but isn’t willing to do anything about it.

The moment LeBron left town, the Cavaliers’ fortunes dropped as quickly as Vince McMahon on the receiving end of a Stone Cold stunner.

And yet, somehow things got even worse from there when they fired Ty Lue just six games into the season.

It was a poorly timed move – why not do this over the summer? – with the team spending weeks of training camp plotting the season with Lue, only to have his plan and philosophies tossed out the window almost immediately.

The Cavs proceeded to declare that Larry Drew was their interim coach.

Drew then said he wasn’t.

Meanwhile, Kevin Love is expected to be out for more than a month, their top scorers outside of Love are Jordan Clarkson, George Hill and Cedi Osman, and there appears to be confusion surrounding whether ownership wants to play for wins or blood its young players,

At least you’ll always have 2016, Cleveland.