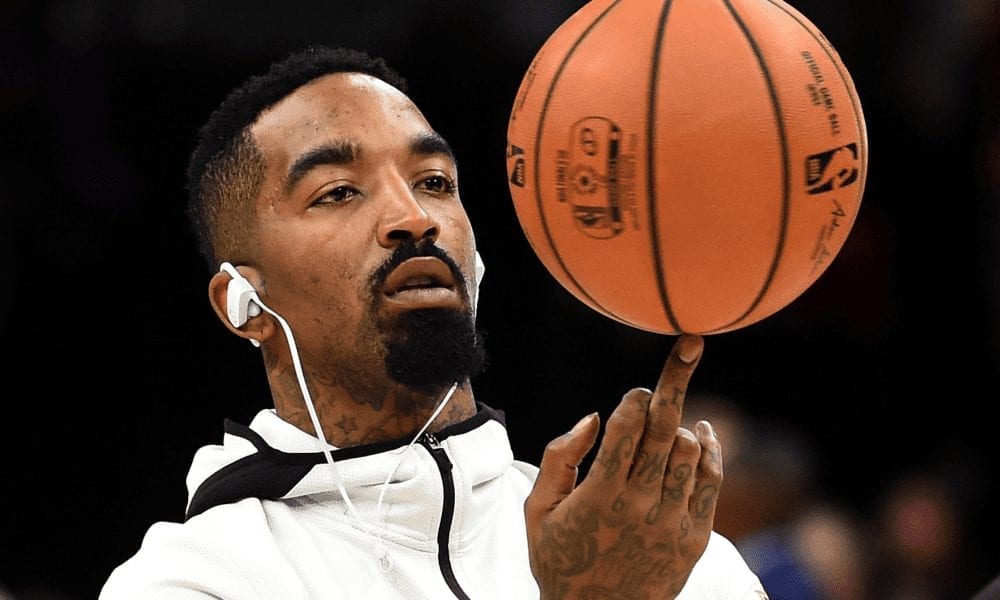 JR Smith has spent his entire career living on the edge, much to the amusement of those who enjoy the quirkier aspects of the game.

But with LeBron no longer in Cleveland to keep him under control, the famously fast and loose shooting guard clearly gives fewer f**ks than ever.

Here are some of the clearest signs yet:

Let’s start with the obvious one.

On Thursday Smith was asked if he wanted to be traded.

And with his minutes slashed since Ty Lue was fired, JR didn’t even bother deflecting the question.

Remember, when it comes to JR Smith, what you see is what you get.

Starting something with Marcus Smart

It took Smith just eight minutes of play to get into it with Marcus Smart during the Cavs’ preseason matchup with the Celtics.

He sparked the whole thing when he shoved Australian behemoth Aaron Baynes in the chest after the two got tangled off the ball, with Smart subsequently getting involved.

But JR saved his best work for after the game:

Talk about no chill.

Going shirtless at the Browns game

After being told he couldn’t wear his Supreme sleeve last season, Smith did what any reasonable person would do and got the company’s wordmark tattooed onto his body.

Comparing league officials to the police

When the league told Smith cover up his Supreme tattoo or face a fine for every game he failed to do so, he was unsurprisingly less than thrilled.

When asked if he’d be getting in touch with the NBA regarding their demands, Smith said, “I don’t talk to the police”.