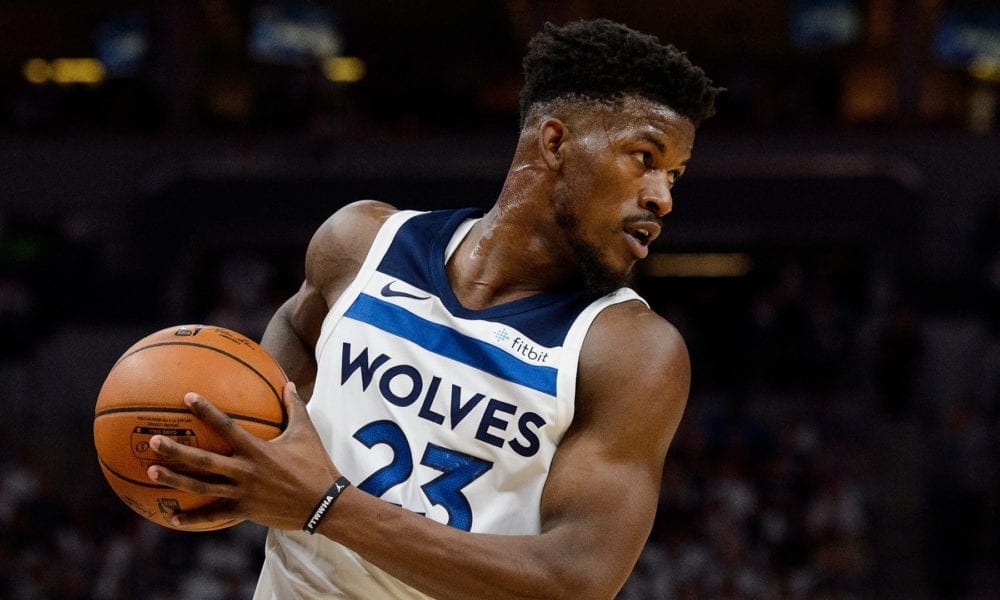 Another chapter of the never-ending Jimmy Butler story is well and truly in the works.

This one started when Butler decided he would rest during the Timberwolves’ game against the Jazz on Wednesday night.

This was followed by reports that Butler was doing so as part of a broader plan to force a trade.

But the disgruntled Minnesota star denied everything when contacted by ESPN’s Rachel Nichols, claiming via text he was simply sitting out because his body was hurting after missing all of training camp (read: after he refused to show up to training camp).

“It’s because my body is hurting,” he told Nichols.

“I don’t want to go out there and risk injury and now people are making stuff up.

“What are they going to say when I show up on Friday and hoop?

“It will all go back to normal until I’m seen arguing with my dog and then people will say I named the dog ‘KAT’ just so I can yell at him.”

Yes, Jimmy, it’s everyone else who’s lying and acting like an asshole…

May the basketball gods have mercy on Minnesota.