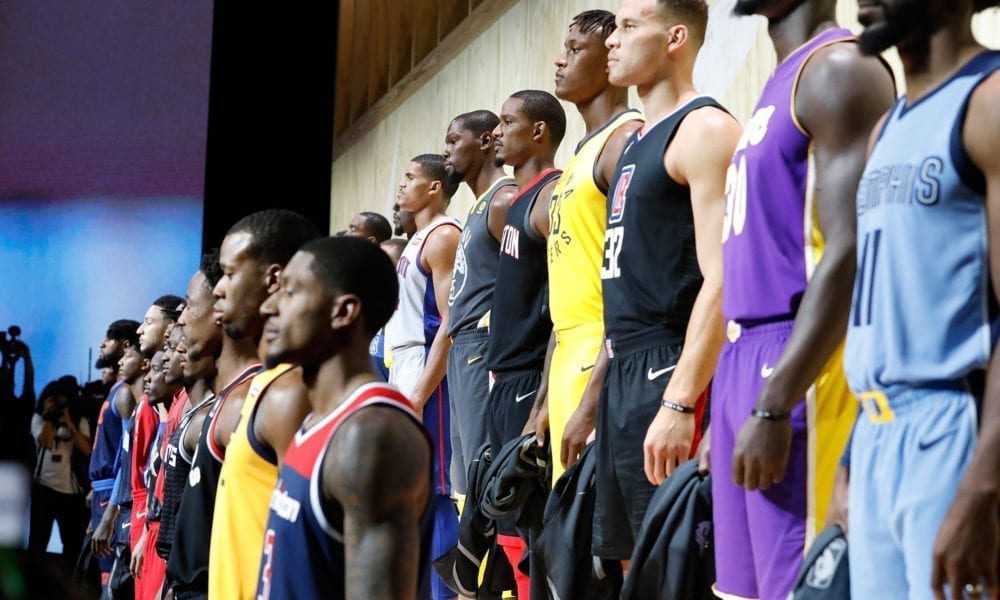 Thanks to the emergence of Nike’s ‘City’ jerseys, there are more NBA threads floating around than ever.

Every team releases a new one of these bad boys each season and the unveiling of this year’s jerseys is scheduled for later this week.

However, official jersey announcements often have their thunder stolen by leaks, with premature images spreading around the internet like wildfire thanks to assholes like us.

This year will be no different, tbh, so let’s get right to it.

These gold trimmed jerseys have a real vintage Boston feel about them. They’re also a massive improvement over last year’s hideous grey abominations.

Golden State’s core yellow and blue theme is the sharpest in the league, so their ongoing fascination with dark grey remains an interesting one.

May Prince live on forever.

New Orleans’ Mardi Gras jerseys should always be as funky as humanly possible, and they clearly could’ve gone much harder here.

Pinstripes will forever belong to Orlando, but the Lakers have somehow made this work.

Ok, so these Philly jerseys/pyjamas no longer count as “leaks”, with the team unveiling them on social media on Tuesday.

And by releases, I mean leaks.