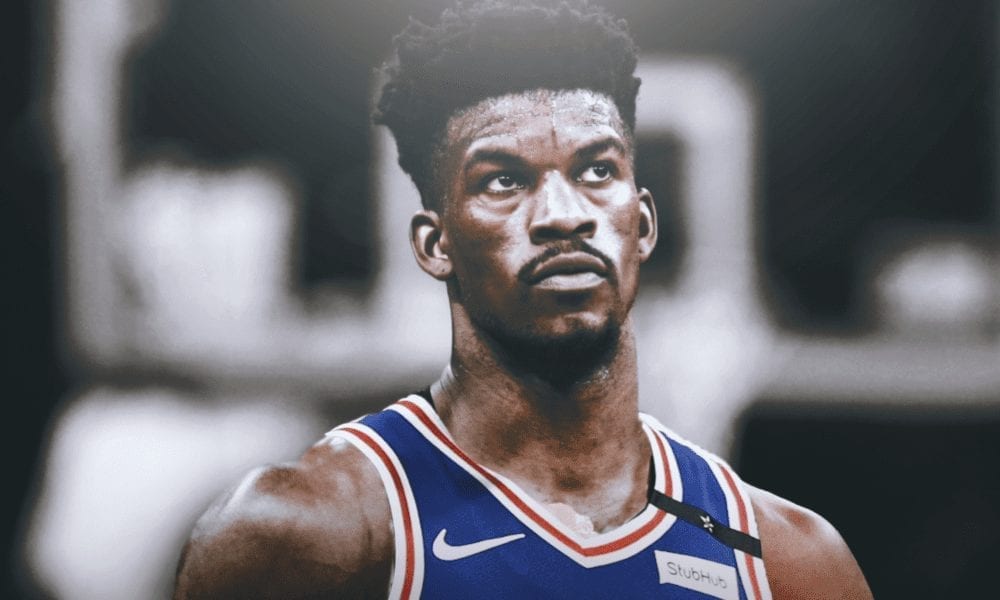 Almost every time a potential Jimmy Butler trade has been reported, two teams have floated to the surface as the most likely suitors for his services: Houston and Miami.

But there’s a looming dark horse in the mix, and they’re called the Philadelphia 76ers.

Philly’s chances have also been boosted by Wolves owner Glen Taylor and team coach/president/dictator Tom Thibodeau agreeing not to trade Butler to the Rockets (oh, and Taylor and Thibodeau never agree on anything).

All of this is according to the New York Times’ Marc Stein, who reported the two men arrived at that consensus because they didn’t want to help Houston to create a superteam in their own conference.

That left the Heat as the only remaining serious suitors.

Or so we thought…

“There have been steady rumbles around the league in recent days that the 76ers will ultimately give the Heat some competition in the Butler Sweepstakes…” Stein wrote in his latest newsletter.

“…That’s after it appeared for the longest time that Miami was the only team seriously interested in trading for Butler before he becomes a free agent.”

It’s not yet known what Philly has offered, or if they’ve made an offer at all at this stage.

But with two teams appearing to emerge as serious suitors instead of one – following the apparent demise of Houston’s chances – a bit of healthy competition might just add a little urgency in making a deal and ending this ongoing Butler ordeal.