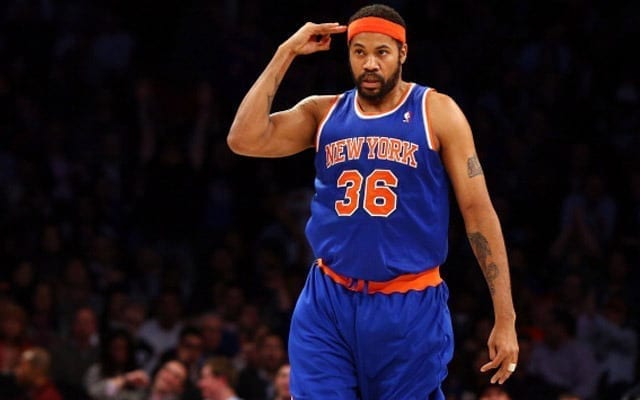 After following their opening night win with five straight losses, the Knicks found themselves more desperate for a shot in the arm than a Russian gymnast.

Head coach David Fizdale was quick to address the matter on Sunday, reaching elbow-deep into his bag of tricks and pulling out something magical: a guest appearance from Rasheed Wallace.

Wallace, who once received deafening chants at Madison Square Garden before playing a single minute in orange and blue, joined Knicks training on Sunday to impart his unique wisdom on the team.

Sheed completely took over the session at one point, while telling the team’s big men, “Y’all coming off these screens bullshitting and lollygagging,” according to The New York Daily News’ Stefan Bondy.

Bondy later spoke with rookie Mitchell Robinson about what it was like to work with Wallace:

“He pushed me to talk more on defence,” Robinson said.

“I have a tendency to be a little quiet.

Robinson then made the rest of us feel old as hell by saying he didn’t watch Wallace play because “that was way before my time”.

Anyway, after copping a healthy dose of Sheed, don’t be surprised if the Knicks proceed to rattle of 10 straight wins.