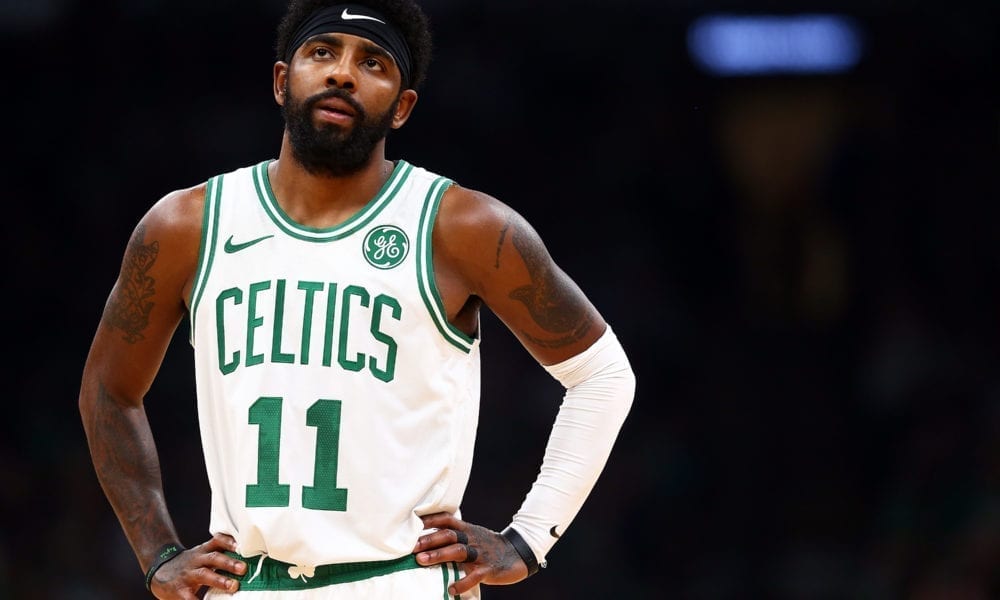 Those who follow the Celtics closely have grown accustomed to watching Kyrie Irving lay waste to opposing defences with his characteristic array of flashy moves and endless bucket getting.

But with Gordon Hayward back on deck and the team’s starting five finally healthy, Irving’s scoring has dropped from 24.4 points per game to 14.

The question now is: is this just a momentary hiccup for Kyrie, or does it simply reflect his new role on a Boston squad which already has more than enough scoring firepower?

Speaking with NBC Sports Boston after the Celtics blew out Detroit 109-89 – despite Irving contributing just three points – he suggested it was a case of the latter.

“The clear realisation is this is not what I’m used to,” Irving said.

“Going from being a high scorer, being stat-dominated and coming to this type of environment where the best thing for us is to care about the team.

“It’s not going to be everyone’s night every single night, but I know that when it gets down the stretch, when I’m needed I’ll be ready.”

The former Cavaliers added that it was going to be quite the adjustment for him to make, and his efforts to do so would be ongoing.

“It’s a learning experience for me,” Irving said.

“Everyone is used to me scoring this-amount of points or doing this at a certain standard and so am I.

“The important thing is us winning games and getting to the (NBA) Finals. So, that’s where it is.”

Irving began the season in similarly quiet fashion, putting up just seven points in his team’s 18-point opening night win over the 76ers.