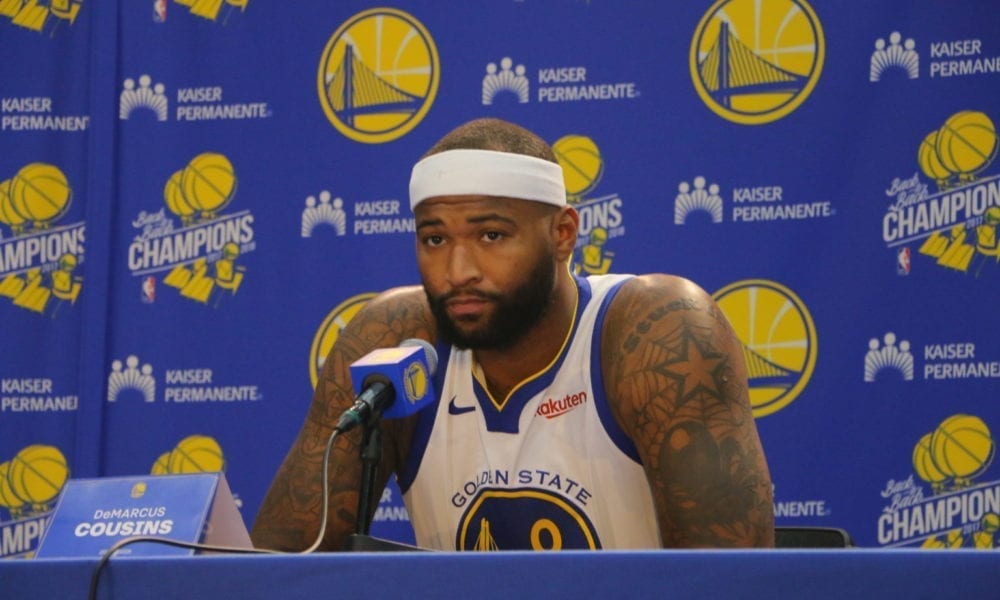 Steve Kerr expects DeMarcus Cousins to fill a “David West role” when he returns to the court later this season.

And no, he didn’t mean Cousins would be over the hill and averaging six point per game (sorry, D-West, that might’ve been a bit harsh).

Kerr was in fact suggesting he’d likely run the second unit through Cousins.

“I think you’ll see us play through DeMarcus once he’s back, and we’ll put him on the low block and have guys cutting around him,” he said.

“The thing that we can do that we haven’t really had a big capable of doing since I’ve been here, is putting him in some high screens and popping him out to the 3-point line,” he said.

“He’s a really good 3-point shooter, he’s got amazing soft hands, soft touch, and then he can pass from out there too.”

The Warriors, meanwhile still haven’t established a timeline for his return.

But he hit the court with the team for the first time during the team’s shootaround on Wednesday.