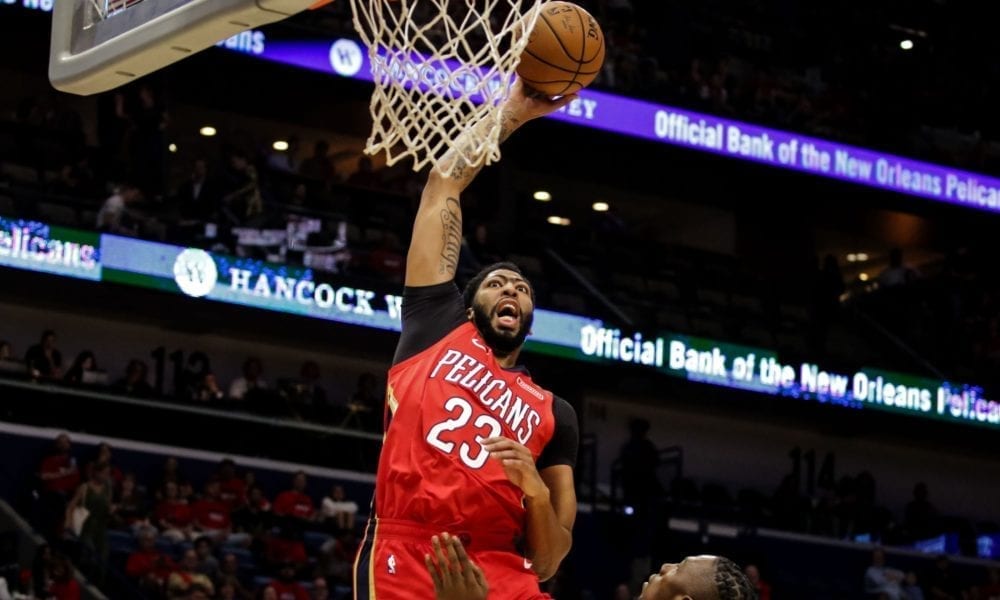 In the 39 games played in week one all but seven of the 78 teams finished over 100 points. Nine games have seen winning teams score 130+ and that includes less talented teams like Atlanta and Sacramento.

So is there a problem with this scoring binge?

Jeff Van Gundy, a man who focused on defence when he coached, isn’t especially upset with the scoring but he doesn’t like one of the contributing factors to the inflated numbers.

“We’ve gone overboard with the freedom of movement. We had a good balance of freedom of movement and physicality.” Referring to a foul called on some inconsequential back-court contact from James Harden on Brandon Ingram he added, “This is nothing. This is play on, keep the flow of the game going. You can tell by the scores.”

The NBA’s newly named Points of education is encouraging officials to call a lot more fouls, putting teams in the bonus a lot earlier. So although points are up, games have been slowing down with so many trips to the free throw line.

The new interpretation also hurts teams that have had success playing a certain kind of defence.

After Golden State’s tough loss to Denver, Kevin Durant said, “We’re a physical team… I think we’ve been a physical team the last few years. Obviously with the freedom-of-movement stuff, we have to be a little bit more cautious before the play.”

Draymond Green chimed in, “Defense isn’t really an emphasis anymore in this league. So I think you’re seeing it all around the league with these high scores. We know what the emphasis is. Just got to be better, and we haven’t done that in three games.

For the most part though the reaction has been positive. The generally conservative Rick Carlisle is happy with the trend all.

“It’s gonna speed up before it slows down. That’s been the reality the last few years. Now you have a lot of the centers that are shooting threes. It’s an amped up game. It’s exciting,” Carlisle said earlier in the week.

Teams are averaging 113.3ppg so far this year, which is the highest rate since the 1969-70 season. That was the year Wilt Chamberlain joined the Lakers and they won a record 33 straight games. Teams averaged 116.7ppg that season and the eventual champion Celtics scored 114.9ppg. Celtics opponents scored 116.8ppg! Regular season numbers have a habit of changing in the playoffs.

But the regular season is the focus right now and it will be interesting to see if the uptick in stats will effect the narrative surrounding the MVP race. Anthony Davis may be the biggest beneficiary because Alvin Gentry is probably the best coach out there to take advantage of the faster pace across the league. The Pelicans are averaging 140ppg and Davis close to 30ppg. If that continues and they keep winning he will be an unbackable favourite by the All-star break.