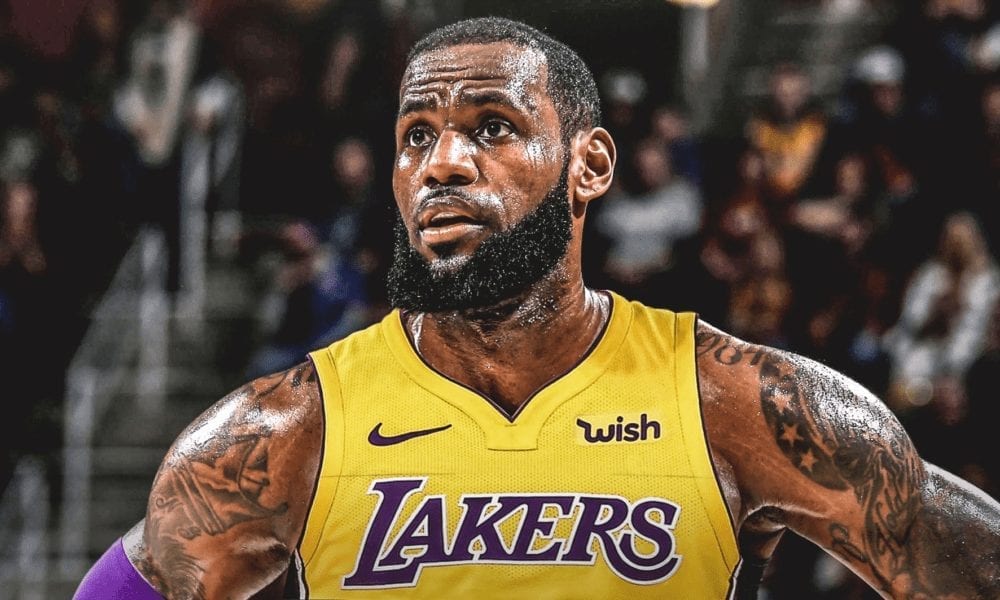 After an absolutely heartbreaking loss LeBron James was asked how hard it was to be 0-3 for the first time since his rookie year. Any regrets perhaps on his move to the Lakers?

“I know what I got myself into,”he said. It’s a process. I get it. We’ll be fine. I didn’t come here thinking we were going to be a blazing storm right out of the gate. It’s a process and I understand that. Frustrating to not get the win but I’ve showered now and I’m fine.”

James started slow, finished fast and sent the LA crowd into delirium when he forced overtime with a dribble-up three pointer to tie the game against the Spurs at Staples Center.

A few minutes later LeBron converted a three point play to put his side up six points with 56 seconds remaining and seemingly put the game to bed.

But the Spurs didn’t blink, a quick layup and then a wide open Rudy Gay three got them within a point with 14 seconds remaining.

LeBron James was then fouled and sent to the free throw line to put the lead back up to three. He was 8/9 at the line at that point but missed both free throws, giving San Antonio 12 seconds to get two more points and the win.

On a night when Demar Derozan had 32 points and LaMarcus Aldride 37, Gregg Popovich called a play for Aussie Patty Mills and he didn’t disappoint.

He curled off a high screen and knocked in the least efficient shot in basketball – a long two pointer – to give the Spurs a 143-142 lead.

LeBron had one final chance to steal back the game but missed a long mid range shot of his own – in isolation – which means LA remains winless through three games.

The final minute overshadowed an incredible fightback from the Lakers, who were down by as many as 18 in the first half and eight points behind with 70 seconds remaining in regulation.

Playing without the suspended Rajon Rondo and Brandon Ingram, the purple and gold leant on Kyle Kuzma in this one, who finished with 37 including a huge three pointer that brought the margin back to three.

LeBron then hit the aforementioned deep ball to send the game to OT but his 32 points, 14 assists and eight rebounds will be largely forgotten after giving up that sizeable lead in the extra period and falling to a third straight loss.

JaVale McGee fouled out early in overtime, with at least one of those fouls coming off innocuous contact in the post from LaMarcus Alrdridge. Fellow big man Ivica Zubac picked up five fouls in five minutes trying to guard Aldridge and Johnathan Williams picked up four in 14 minutes doing the same.

After the game James questioned the way the officials have been interpreting the freedom of movement foul calls that have been confusing and frustrating defences around the league.

“It’s tough with the rule changes you just can’t touch anybody. Well you can touch somebody.”

LeBron was referring to himself, after the forward complained several times during the contest of being hacked across the arms as he made his way towards the basket, most instances not resulting in a foul call.