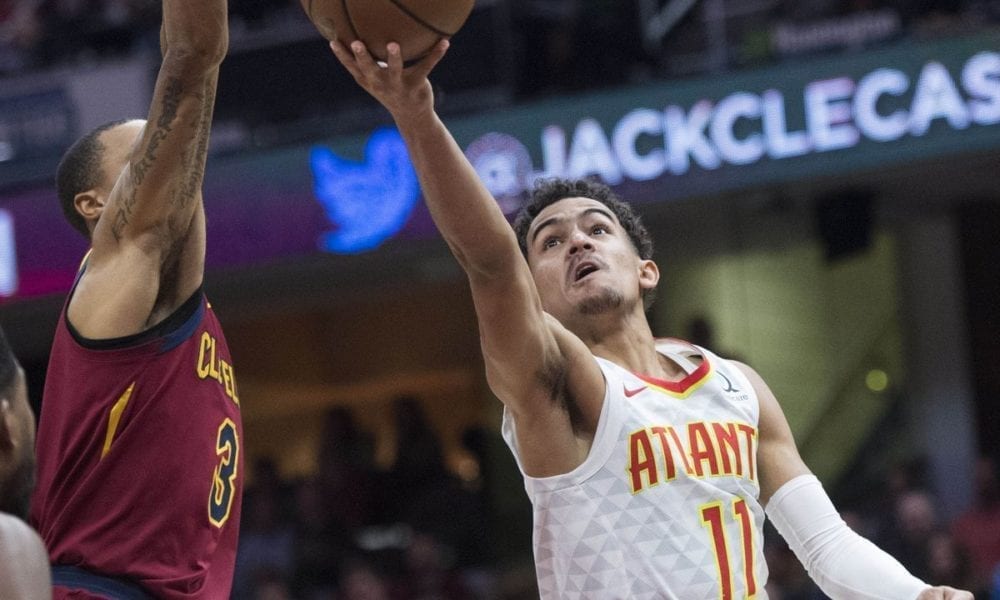 The big question Hawks fans would be asking is how many more could he have scored?

Trae Young’s effortless 35 point haul against the Cavaliers came on just 23 shots, in a game where he dished out an astonishing 11 assists.

A 50 point game is surely on the horizon for Young, who’s taken the proverbial yellow jersey from Luka Doncic in the race for rookie of the year.

Doncic took it from Deandre Ayton on Saturday and a number of others are likely to take the lead as this incredible draft class jockeys for position over the next few months.

But right now it’s all about Young. With a name like Trae you need to be able to shoot the long ball, and he shot 6/14 from deep against Cleveland but that wasn’t the most impressive part of his game.

Young’s skill set is by no means limited to his outside shooting. Time after time he beat experienced NBA defenders to the spot, getting himself to the rim with ease. When the defence collapsed he found teammates for easy buckets under the basket.

And then there were the deep deep three balls that he made with no hesitation, one in the second quarter right in front of the scorers bench, 30ft from the  bucket. He made one to win a game in the preseason and he used them against Cleveland to send a message.

After the game he was giddy, overwhelmed with joy at getting his first NBA victory.

“I’m excited first off to get a win. We were 0-2 coming into the game and we needed to get a win. Glad we got this one going home. I got a good rhythm early, felt good in warm ups, stayed like that. I think when you see that ball go in a few times and it’s just a rhythm and that’s just how it is… I’m so proud of the fight we had tonight.”

Atlanta’s next game will be back home where Young gets to go up against the man he was traded for when Dallas comes to town.