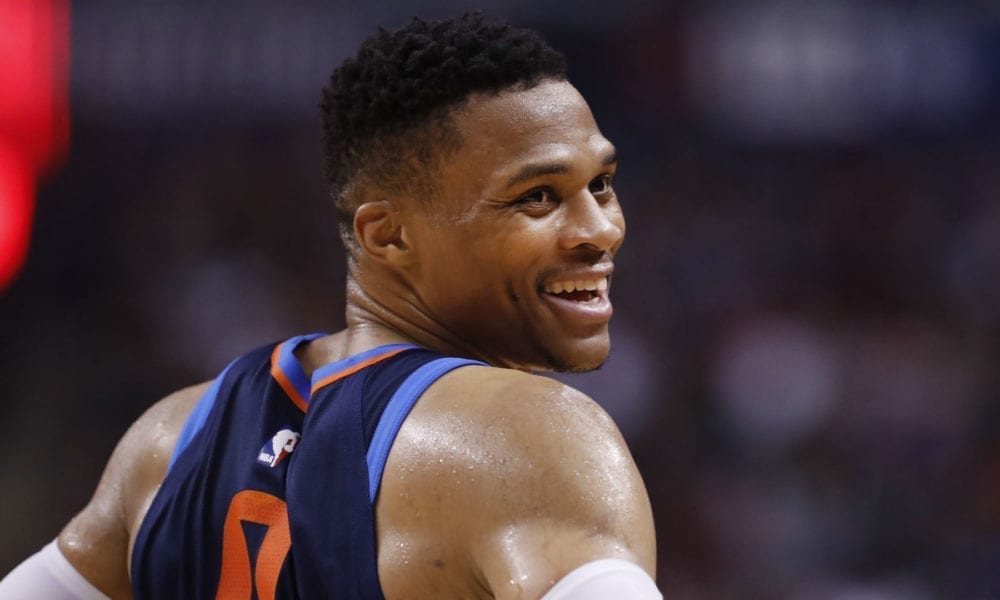 If you thought Russell Westbrook might go easy on his body in his first game back, following arthroscopic knee surgery, you’d be wrong.

He ran the break with his trademark ferocity on his way to an 32 points, 12 rebounds and eight assists.

He went into the stands trying to save loose balls, he attacked the rim with reckless abandon and was remarkably efficient, getting those 32 points from just 23 shots.

He even found time to taunt opposing point guard De’Aaron Fox giving him the rocking-the-baby treatment after backing the smaller guard down and shooting a fadeaway in his face.

Unfortunately it wasn’t all good. He wasn’t great from the three point line, going 1/6, but that’s never been a strong suit for him.

Worse, the Thunder lost their third straight game – this time to the previously winless Sacramento Kings – to move to 0-3 on the year.

The good news is that the Thunder now have three days off to get on the same page before their next game – also at home. The bad news is to avoid going 0-4 they’re going to have to beat the Boston Celtics.