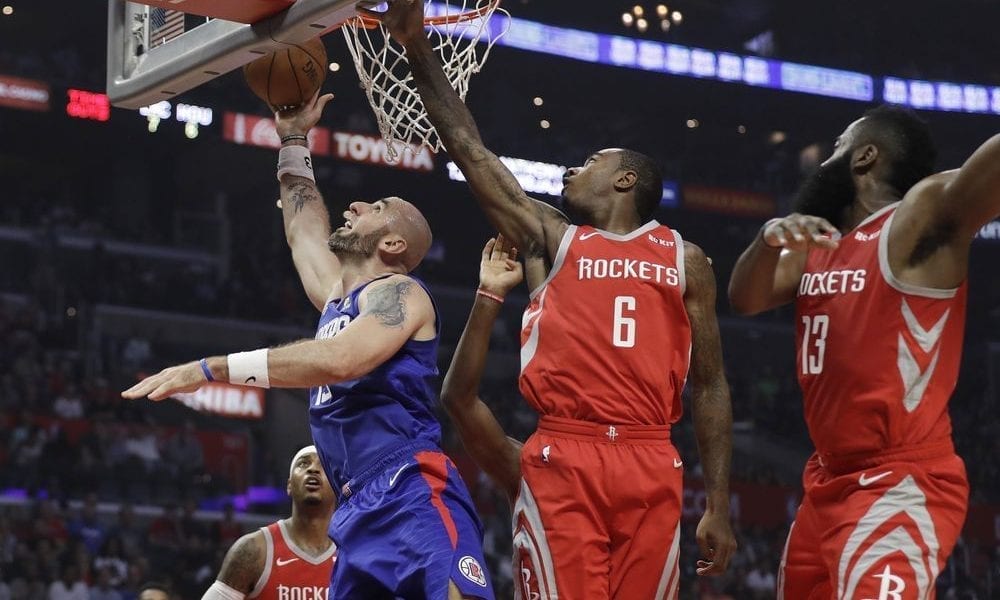 It’s been a tough start to the season for the team many have predicted to unseat the Warriors out west.

Houston sits at 1-2, and their only win resulted in a two game suspension to their best back-court defender.

Without the suspended Chris Paul the Rockets gave up 115+ points for the third straight game, this time resulting in a 115-112 loss to the LA Clippers.

“We did some things pretty well throughout the course of the game, but we just didn’t get enough stops when we needed to. We gave up a lot of easy baskets and that was the tale of the game.”

It’s been the tale of every game so far and with losses mounting and fight-related drama hanging over the team Houston guard Eric Gordon had this to say when asked about team morale.

“Well, bad of course but it’s going to be a long season. It’s a tough task right now and we know what we need to work on, we just have to get better at it.”

It’s going to be hard for the team to regroup on the run. They’ll be without Chris Paul again for their next game when they host the suddenly free-scoring Utah Jazz, who pushed the champion Golden State Warriors to the brink in their last contest.

Then it’s the Clippers again followed by a clash with Portland. The Rockets best interior defender – Clint Capela – addressed the extra pressure on the team coming off a 65-win campaign.

“I feel like this year, every team that has played us is all ready for us and waiting for us. This year, I think is going to be hard. We really have to put the point of being more focused defensively, especially being more consistent. That was our key last year and it’s going to be the same this year.”

Talk is cheap though and Houston is going need to need to find a remedy on the defensive end fast, especially with so many teams improving on the offensive side of the ball this season.