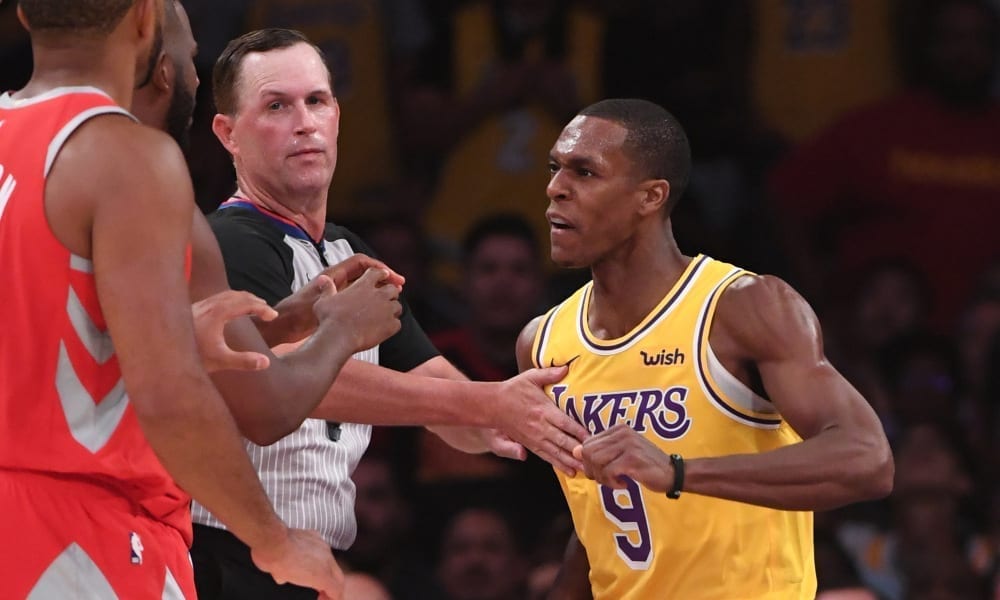 Paul Pierce had an unexpected take when he was asked for his reaction to Chris Paul’s fight with his former teammate Rajon Rondo following the Lakers loss to the Rockets in LeBron James’ LA debut.

“I am not surprised at all. For those who don’t know Rondo and Chris Paul have never liked each other… I’m surprised this is their first fight actually.”

If you haven’t seen the video, in the final few minutes of the game Rondo threw a punch at Paul after CP3 stuck his finger in Rondo’s face – Paul later could be heard accusing Rondo of spitting on him. The tustle between the pair also inflamed Brandon Ingram, who came in throwing punches too and the three were quickly ejected from the game.

Ingram has since been suspended for four games, Rondo two and Paul three.

NBA legend Chauncey Billups seemed fairly upbeat after the incident, remarking, “This is the first time I’ve seen some punches landed in a long time in an NBA fight.”

Plenty of current players weighed in on Twitter too.

That’s going to be expensiveeeeee

Interestingly, Lakers coach Luke Walton implied after the game he thought the officials contributed to the growing hostility by only awarding a flagrant one foul to James Ennis III for an aggressive foul on Josh Hart as he made his way to the bucket a few minutes prior to the fight.

The melee resulted in a sixth career ejection from Rondo, a second for Paul and a first for Ingram. The incident also totally overshadowed LeBron James’ first home game for the Lakers, which they lost 124-115, falling to 0-2 on the season.