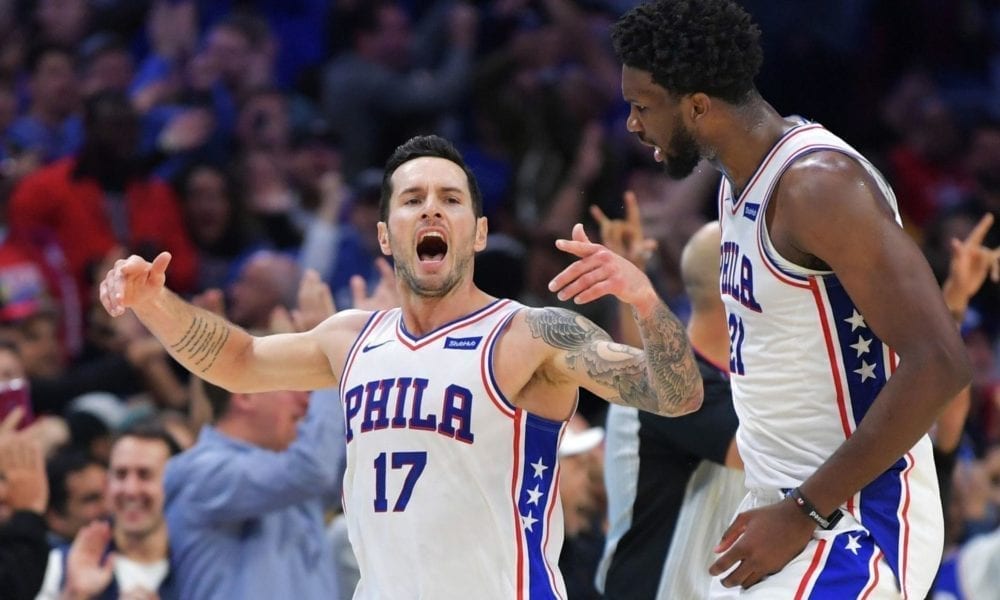 The normally reserved JJ Redick wrapped himself in affection from the city of brotherly love, after burying his eighth three pointer and putting the 76ers back in front in the final seconds against the Magic in Philadelphia on Saturday.

Phillie coach Brett Brown was gushing in his praise of the sharpshooter after the game, “JJ Redick was our bell ringer tonight, I thought Joel was exceptional as well, but we needed every bit of JJ Redick tonight to find a way to get out of this building with a win.”

Embiid had a team-high 32 points but Redick stole the headlines with a career-high 31 and his eight three pointers off the bench tied a team record.

A tight back meant Philadelphia’s Ben Simmons could only manage eight minutes and the 76ers struggled without him.

Robert Covington admitted his side struggled to get in a rhythm without their star playmaker, “It shocked us a little bit, but we were able to bounce back and get the win.”