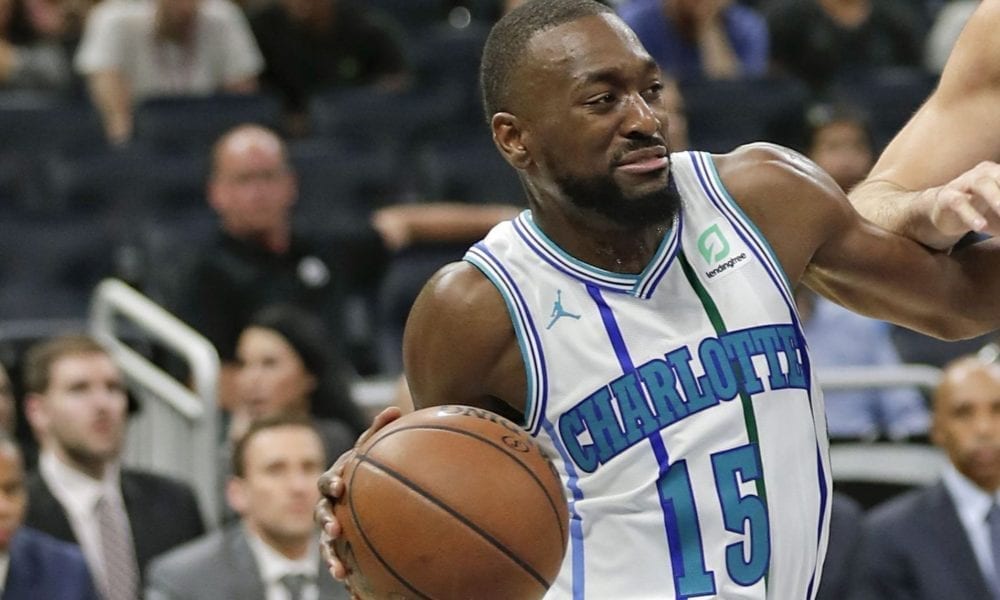 Missing a shot to win a game never feels right but that’s what Kemba Walker successfully did against the Miami Heat, and in the process sacrificed a milestone mark for scoring.

“It messed up my 40 points.  All jokes aside, it’s just the right play.  0.5 seconds, I knew if I missed, they wouldn’t have much to do.  Thank god I missed it just perfect. It was just a perfect miss. I don’t know how I did it, but I did.  I’m just so happy, so excited, that we got the win”, Walker said after his side improved to 2-1 on the season.

Walker had the luxury of missing his free throw after nailing his first, to give the Hornets a one point lead with half a second on the clock.

He did need a little coaxing to intentionally miss the shot, as coach James Borrego explained, “He [Kemba Walker] knew what I wanted to do, and he executed. We quickly talked in the moment, and I don’t think he was expecting it, but it was the right play.”

He finished with 39 points for the game but he’s already had a 40 point game this season – a game they lost on a free throw – and as an extra consolation he was able to enjoy an even bigger milestone.

Walker, in his eighth season in the NBA, now has 10,013 points at at average of 19ppg for his career. He will be a restricted free agent at the end of this season.