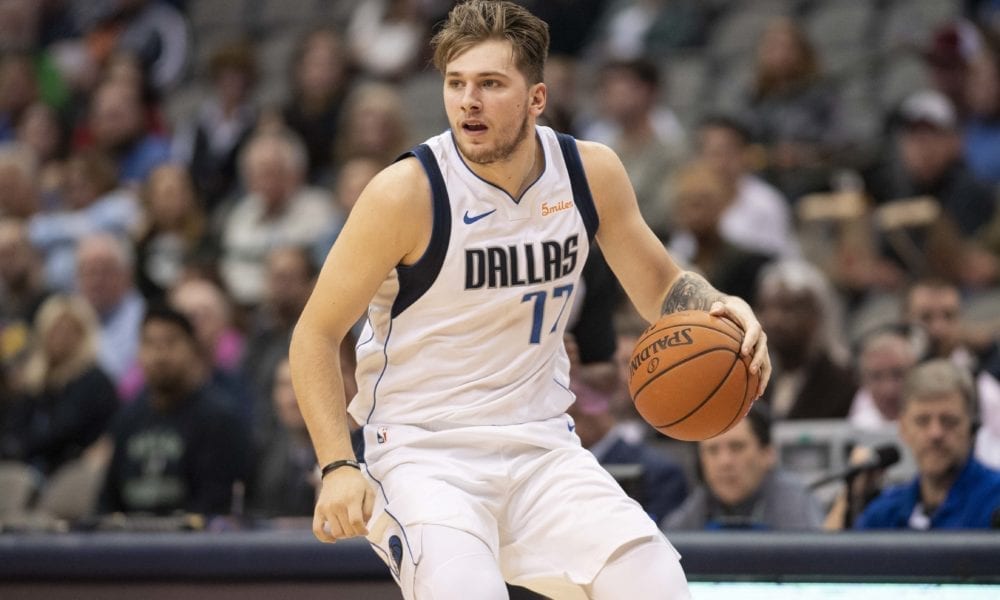 His debut showed signs of promise but ultimately fizzled out, losing both the personal battle and the game to fellow rookie Deandre Ayton and his Phoenix Suns.

But Luka Doncic delivered for Dallas in his first game at home, scoring a team-high 26 points to lead the Mavericks to a 140-136 win over the Timberwolves.

Even more encouraging is the confidence Doncic showed in shooting the long ball. He missed all five attempts from the three point line in game one but attempted nine in this game, connecting on four of them.

But it wasn’t a flawless performance, Doncic committing six turnovers including one that nearly cost Dallas the win. With just over a minute remaining he made a fundamental basketball error, leaving his feet without a target and ended up throwing the ball into Derrick Rose’s back. Rose scooped up the ball and scored an easy layup to narrow the margin to one.

The home side were bailed out by a clutch three point play, from Doncic’s back-court running mate Dennis Smith Jr., that ultimately sealed the win.

“We’ve got young guys with high character and poise with good basketball IQs. Dennis stuck with it tonight and he ultimately made a play that won us the game”, veteran DeAndre Jordan said after the game.

As far as Rookie of the Year watch goes, the Suns’ Deandre Ayton had just five points and eight rebounds in a blowout loss to the Nuggets.