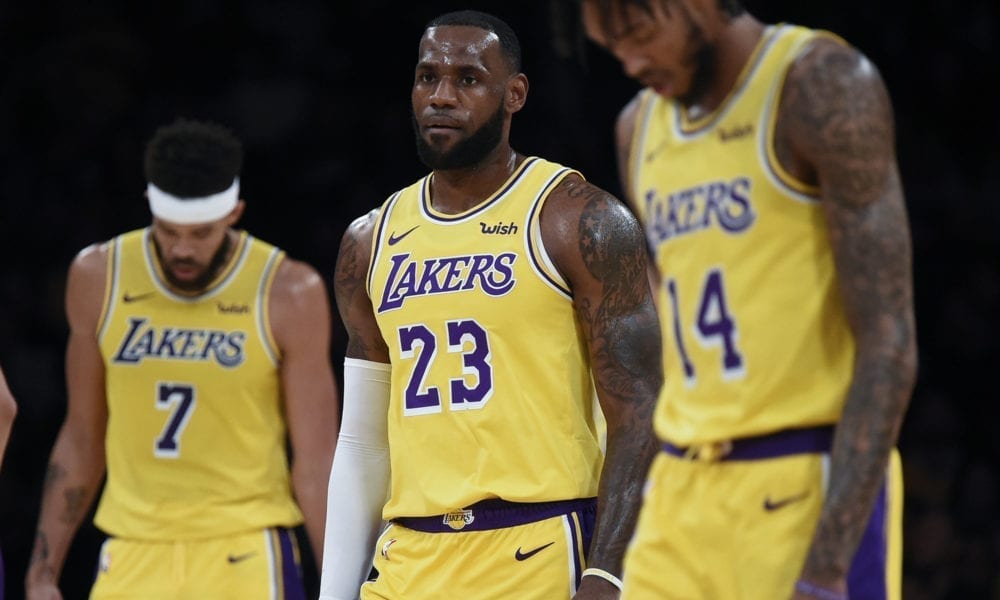 For the first five minutes of LeBron James’ debut it looked like the Showtime Lakers had arrived in Portland.

It looked like a 25 year old LeBron was in the Moda Center; he was jumping passing lanes, running the break and finishing at the rim with abandon.

Unfortunately it’s 2018, every team plays as fast or faster than the 80s Lakers and LeBron James is nearly 34 years old.

But L.A. won’t be too disheartened by the 128-119 loss. Winning in Portland has proven near impossible for the Lakers, having lost 20 of their past 25 games there, going back to the days of peak Kobe Bryant.

There were plenty of positives. Playoff Rondo turned up in the regular season, although it must be noted it was a national broadcast game. He stuffed the stat sheet with 13 points and 11 assists and looked very comfortable in the hostile environment.

Javale McGee was spectacular at times, his 13 points, eight rebounds and three thrilling blocks showed why James was so keen to recruit him.

But overall the team looked largely disorganised, multiple passes zooming out of bounds with no hopes of landing in a teammate’s hand including two behind the back bounce passes from number 23.

Perhaps most alarmingly Lonzo Ball was almost invisible for the minutes that he and LeBron played together. Ball appeared to forget he was on the court himself at one point, not realising James was passing to him in the back-court before frantically saving it from going out of bounds.

Related Article:  Hoops and Cards Podcast: Five Strategies to Make Money on Basketball Cards in the Next Two Months!

James also tried to get Ball going with a alley oop dunk, but his pass was easily intercepted.

Even when LeBron successfully assisted on a made three pointer for Lonzo the pair almost tripped up on each other, both trying to get to the same spot on the floor.

“It’s not instant oatmeal. It’s not that fast,” James said afterwards. “It takes some time to get that chemistry where you can just close your eyes and know exactly where guys are.”

The Lakers lack of shooting was evident in this game, missing their first 15 three points attempts while the Blazers had multiple players step up from beyond the arc, including a resurgent Nick Stauskas who hit his first four from distance.

L.A. remained competitive until the final few minutes, when Damien Lillard stepped up and put the game on ice on his way to a game high 28 points.

There are signs this Laker team could be devastating but they weren’t able to put it together in game one. Next chance will be against the high octane Rockets back in Los Angeles, both teams desperate to avoid going down 0-2.

LeBron has gotten a lot better at rallying his teammates in recent years and demonstrated while wired for sound in game one. “Anytime you fall – stay down. Your brother gonna come pick you up.”

It will be interesting to see how long the team stays down before the results start to pick up.