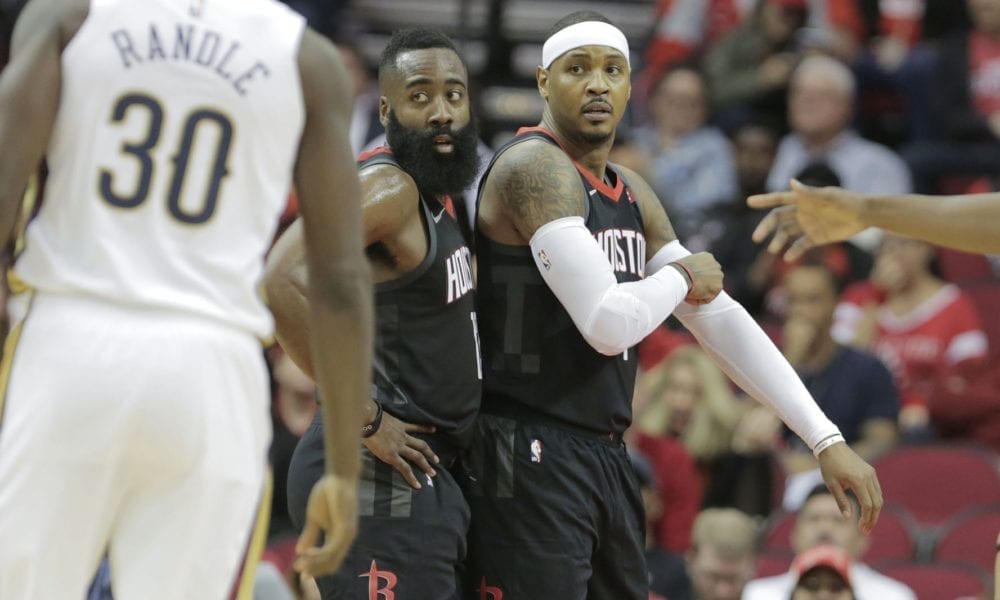 “I think everybody knows that we need to get back to the drawing board.”

That statement – made by the Rockets’ Gerald Green – would be a little less concerning if it was said midway through training camp or perhaps after a bad loss in the preseason.

Not after game one of the regular season.

Chris Paul put the blowout loss in perspective. “Luckily, we don’t play a two or three game season, so we’ve got a little time to get this thing right,” he said after the New Orleans Pelicans cruised to a 131-112 victory over the Rockets in Houston.

There’s a long way to go but right now questions do need to be asked as to how a team could be so flat and lacking in purpose for the first game of the season, especially when it’s on your home floor.

Critics have pointed to the loss of defensive personnel in the offseason and this game will embolden them further.

Houston coach Mike D’Antoni tried to explain why his team came out so flat. “I felt we were tired and they’ve been playing at a fast pace the whole preseason and we didn’t. We were playing against some teams that were kind of walking it up and I think it shocked us a little bit, and got us tired, and then we panicked a lot.”

If being tired for the first game of the season is part of the problem for the Rockets it won’t be getting any easier any time soon.

Their next two games are back to back contests, first against LeBron James in the Lakers home opener. That’s followed by another team determined to play with pace – the LA Clippers.

When then return home it’s the Jazz, Clippers again and then Portland.

Houston are lauded for their offensive genius but it was their defensive prowess that crushed most of the western conference last season, and took the Warriors to the brink of elimination, and without it their ceiling is signficantly lower.

The team’s highest profile liability on defence – Carmelo Anthony – is saying all the right things, “We want to be one of the top defensive teams… Tonight wasn’t an indication of that, but we’ll get better. It’s some small things that didn’t go our way or we didn’t even do tonight.”

It sounds like there is a road map for this team to become one of the better defensive units in the league but the players must have been reading that map upside down in game one.

There’s no call for panic just yet – nor there should be – but the Rockets will need to spend their two days off finding some fuel to cure their tiredness because there will be no rest for the rest of the month.