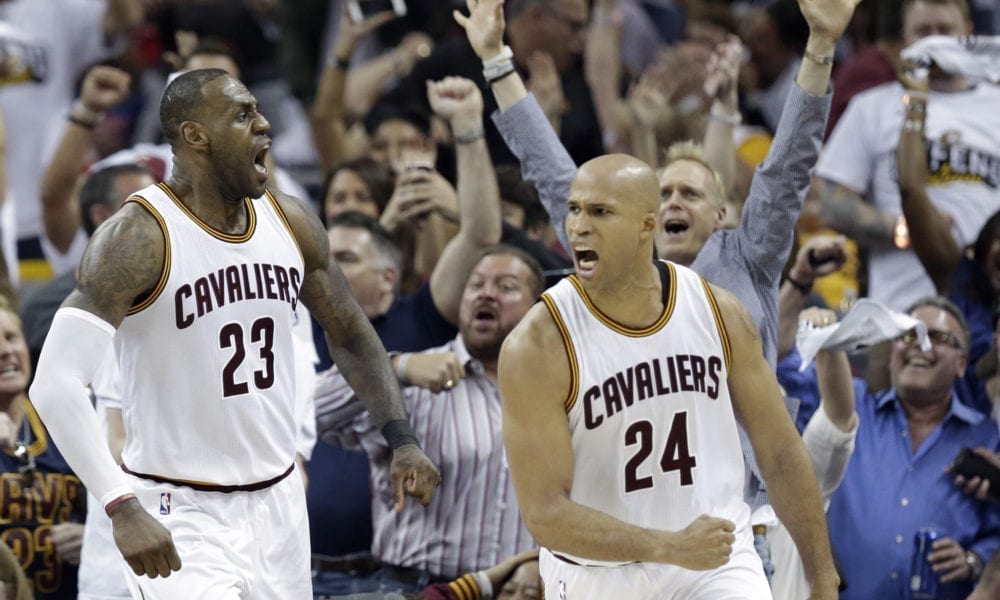 It’s that time of year.

The spotlight is bright. Rookies are trying to live up to the hype. We are dissecting their every move whether they play well or not. Or even if they don’t play at all. Everything is a story.

But with an influx of so many high profile first year players spare a thought for those veterans who have likely played their last NBA game. You probably still think they’re on the bench, providing a few minutes here and there and adding a veteran presence to the locker room.

Some have retired. Many haven’t.

So who is gone? And if they’re still playing where have they landed?

Where is he now: Xinjiang Flying Tigers of the Chinese Basketball Association.

What will he be remembered for: The headline piece that made the Kevin Garnett trade to Boston possible.

Where is he now: Just announced his retirement. He had said on his podcast recently that he hoped an NBA team would reach out to him but it appears none did.

Remembered for: Playing significant minutes alongside LeBron James as the Cavaliers came from 3-1 down to win the 2016 NBA Championship.

Where is he now: Bayern Munich in Germany’s Bundesliga

Remembered for: Being many experts choice for the number one pick in 2011, but ultimately going second overall. Kemba Walker (9th), Klay Thompson (11th) and Kawhi Leonard (15th) all went behind him.

High point: He averaged 12 points and 5 rebounds in his second year in Minnesota but his best years were in college. In 2011 Williams had a career high 32 points and 13 rebounds as Arizona upset number one seed Duke by 16 points to advance to the Elite Eight. They lost in the next round.

Where is he now: Italian club Auxilium Torino

Remembered for: Playing significant playoff minutes for the Golden State Warriors during their 2017 NBA championship run.

Where is he now: Recently signed a five year contract with Panathinaikos in the Greek Basketball League.

Remembered for: Being possibly the least effective player in a long lost of ineffective Sacramento Kings’ draft picks from 2012-2016.

Where is he now: Guangzhou Long-Lions in the Chinese Basketball Association.

High point: Winning an NBA Championship with the Warriors in 2015.

Remembered for: Being a memorable guy. There are simply too many wonderful Speights’ moments. Check out a few of our favourites below:

Some Quick Hits And Fond Farewells

Kyle Singler: A Dukey for life, who won a NCAA Championship in 2010, probably did well to stay in the NBA six years as a second round pick. Now playing in Spain for Monbus Obradoiro.

Trevor Booker: Considered an important role player when he was traded to Philadelphia last year the bottom has fallen out quickly for the eight year NBA vet. He’s now playing for Shanxi Brave Dragons in China.

Cole Aldrich: Some thought he would be an important piece for Minnesota last year as they pushed themselves into the contender conversation. But it seems his NBA journey may be over, waived by both the Timberwolves and the Hawks in the last few months.

Paul Zipser: Bulls fans will tell you, there have been a few Zipser moments over the past two seasons. But he was waived by Chicago in July and has not yet signed for any team.

54 of the 60 of the players drafted in the first two rounds have signed deals with NBA teams, so that’s 54 less jobs for the veterans and high draft picks that haven’t lived up to expectation.

Speaking on the Road Trippin’ podcast Devin Harris, Channing Frye and Richard Jefferson all agreed that having a small number of dominant teams actually discourages owners to have veterans on their roster.

They all agreed greater parity would mean more jobs for the older players, Jefferson putting it most succinctly when he said, “When it comes to parity the value of veterans is higher. What we’re telling you, the fans listening, that’s how a lack of parity can impact everyone involved in the league.”