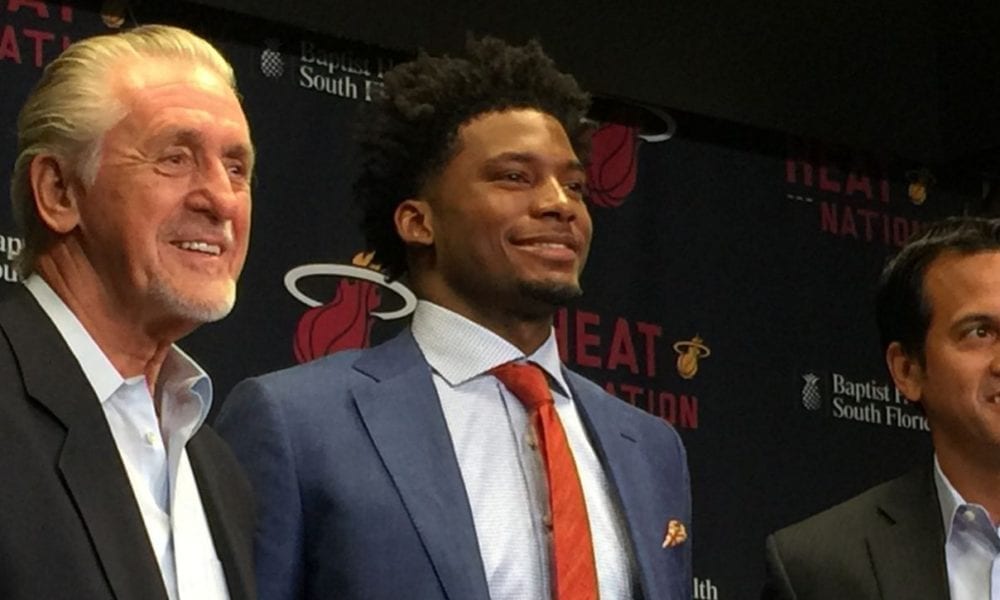 It’s not quite the deal he might have envisioned when he was drafted 10th overall in 2015 but Justice Winslow has signed a three year extension worth $39 million, according to reports from ESPN’s Adrian Wojnarowski.

If an agreement hadn’t been reached by the October 15 deadline Winslow would have become a restricted free agent in the summer of 2019, something the Heat seemed determined to avoid.

Winslow, who’s dealt with numerous injuries during his three years in the league, decided to go with the guaranteed money instead of holding out for a bigger offer from outside Miami after this season.

It’s believed the Heat has a team option for the third year of the deal and is far more team-friendly than the contracts recently signed by a couple of Winslow’s draft class members.

Devin Booker, who was drafted three spots later than Winslow, signed a five year $160 million dollar extension with the Suns earlier in the offseason while the number one pick in 2015 – Karl-Anthony Towns – signed a five year max deal with the Timberwolves worth up to $190 million.

Earlier in the week Winslow told the Miami Herald: “The number is going to be a number that I feel is my value. Whether it’s within the next week or so or next summer, I’m going to get what I feel I deserve.”

Read more about some of the remaining extension-eligible players here, ahead of the October 15 deadline.