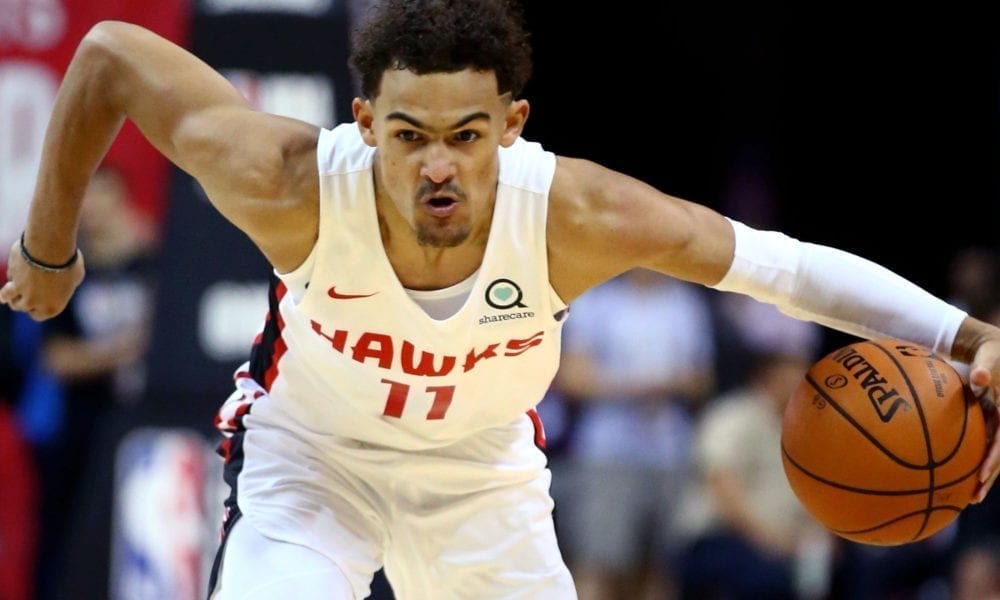 With the clock winding down and the scores tied Young had no hesitation pulling up to shoot a few steps beyond the half-court mark, putting the Hawks up 130-127 with just a couple seconds remaining.

“If I made it, it was good. If I missed it, we were going into overtime. I just wanted to make sure it was the last shot we put up”‘, Young said after the game.

Judging by his coach’s reaction there wasn’t much planned for the final possession but Young didn’t seem too bothered by the scenario.

“We call it Trae dribble down and shoot,” Lloyd Pierce said. “It was just an in-between situation. There were 15, 16 seconds left on the clock and trying to get organized on the fly. We didn’t have any timeouts left and Trae has done that. He was probably waiting for that moment to let one fly.”

He’s certainly been letting it fly so far in the preseason.

He has the ultimate green light and he’s been taking advantage. His percentages haven’t been great, and he hasn’t been able to improve his summer league field goal percentage of 38% during the preseason. His three point percentage is an anaemic 25%.

A lot of the stats in the preseason are meaningless once the real games kick off but that shooting percentage is worrisome, with defensive pressure only increasing during the regular season.

Young shot 49% from the field in college last year so perhaps this game winner will alter his trajectory.

Luka Doncic, the player Young was traded for and who he will always be compared to, is having no such shooting troubles.

Doncic is looking right at home on NBA courts, shooting 50% from the field and an impressive 46% from three point range to go along with five rebounds, three assists and nearly two blocks per game.

He’s only played three games for Dallas after coming over from Europe but the signs are there that he is as NBA-ready as advertised.

The Mavs close out their preseason against the Hornets on Friday and the Hawks wrap things up against the Heat.