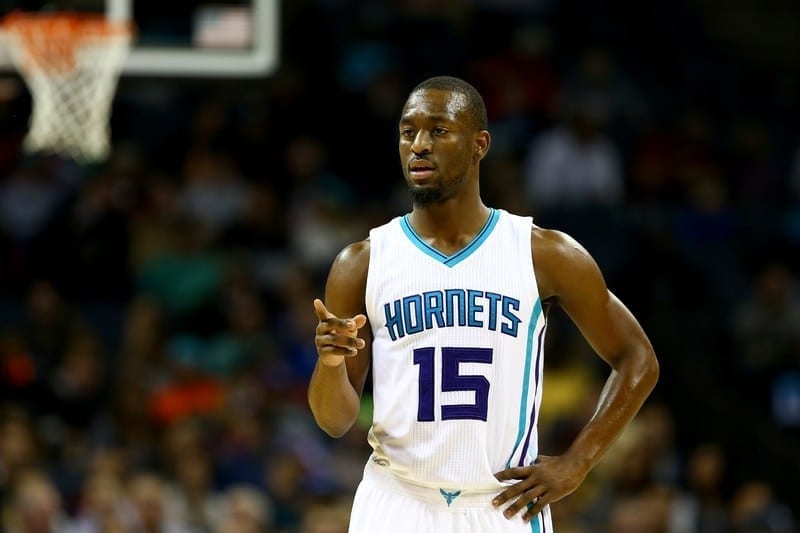 Who will stay? Who will go?

We all know about really the big names set to hit free agency in 2019 – Kevin Durant, Kawhi Leonard, Klay Thompson and Kyrie Irving are all likely to test the waters as July approaches.

Irving’s comments last week that he “plans on re-signing” in Boston caused an avalanche of media reaction, and any similar snippets of information from the other big four will cause significant tremors around the NBA landscape.

But how about the rest of the 2019 free agency class

Never mind about the upcoming draft, the list of soon-to-be free agents is high profile and longer than you might expect.

Michael Jordan tried to trade his two-time All-Star Kemba Walker last season but couldn’t get a return worth pulling the trigger for. Walker himself has consistently maintained he loves playing for Charlotte and doesn’t want to leave but last season’s turmoil surely left him questioning his desire to stay in North Carolina. “At this particular moment, and this time, Charlotte is where I want to be.” There is no team or player option for Walker in 2019-20.

In the scramble to find Jimmy Butler a new home you’d be forgiven for forgetting that he’s entering a contract year. Miami is the leading contender to get the four-time All-Star but wherever he lands up he will be performing a season-long audition. He turns 30 next month and may have a hard time convincing a team he’s worth a max four or five year deal. Butler has a player option of nearly $20 million for 2019-20.

The Clippers were widely praised for the haul they got for Blake Griffin last year. Harris was the centerpiece player in the trade but he too is entering a contract year after rejecting an extension offer from LA. At just 26 years of age, Harris is ready to be paid. There is no team or player option for Harris in 2019-20.

Giannis Antetokounmpo casts a big shadow so it’s easy for Middleton to get lost in the shuffle but he quietly put up fantastic numbers last year. 20 ppg, 5rpg, 4 assists and 1.5 steals on a playoff team, shooting 39% from deep. If he ups those numbers just a little bit he will command max money in 2019, and with a marked uptick in coaching this season look out for a break out. Middleton has a player option for $13 million for 2019-20.

The Knicks have until October 15th to sign Porzingis to an extension but that is looking increasingly unlikely. The pathway to max cap space in 2019 requires them to wait and sign the Latvian as a restricted free agent next year but that means a team will have the chance to put an offer in. If Porzingis’ recovery from his torn ACL doesn’t go as expected there is a chance the Knicks to decline to match. It’s a small chance but it’s still there.

Best of the rest

Miles Turner. Many expected him to break out last season but his averages actally dropped to 12.7 ppg and 6.5 rbg and will need to increase those significantly to get the pay day he’s after. Likelihood of leaving? 4/10

Al Horford. He has a a $30 million player option for 2019-20. The 32 year old may like to secure a longer term deal but it’d be hard to turn down so much money. Plus the Celtics love him. Likelihood of leaving? 2/10

Julius Randle. Very close to averaging 20 and 10 after the All-Star break last year and very likely to turn down his $9 million player option for 2019-20. If Anthony Davis gets traded New Orleans may wish to keep him and offer him a big deal but as it stands right now, the best deal will likely come from elsewhere. Likelihood of leaving? 7/10